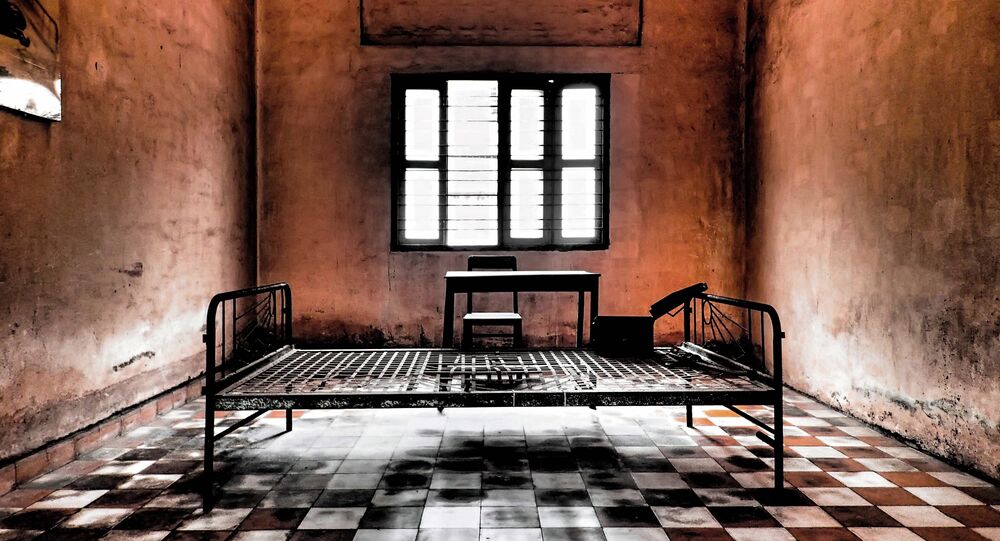 Djibouti Accused of Assisting in Secret US Operations in Africa

An international human rights group has accused Djibouti of repeatedly violating the African Charter by carrying out counterterrorism operations, including working with the United States to detain and torture suspects.

Justice Forum has compiled what it calls “compelling evidence” of Djibouti’s violations in a report submitted to the African Commission on Human and People’s Rights. The group is calling on the commission to consider the allegations in its upcoming review of the country.

“Our report presents compelling evidence that Djibouti (either as principal agent, or in collaboration with agents of other states) has secretly detained at least six individuals incommunicado, subjecting them to torture and/or inhuman or degrading treatment,” reads a post on the UK-based group’s website.

“We also present evidence of  seven highly suspicious flights, which may have been carrying further, as yet unidentified individuals through or from Djibouti in the context of rendition and/or secret detention operations.”

The 71-page report cites evidence from legal proceedings, official government documents from the United States and other nations, a US Senate Committee inquiry, and media investigations to implicate Djibouti.

“Counterterrorism operations must be carried out with respect for the rule of law or else they risk creating the very conditions of insecurity they seek to protect against.” — Justice Forum

In addition to torture, the tiny nation located in the Horn of Africa denied prisoners access to attorneys and the judicial process, and permitted their interrogation by foreign agents, according to Justice Forum.

Djibouti also transferred prisoners in and out of the country without judicial oversight – transfers that may have been part of rendition or detention programs, the report states.

The Justice Forum asserts that in addition to being gross violations of human rights, Djibouti’s participation in counterterrorism operations – active or passive – has failed to secure stability in Africa or elsewhere.

“Whilst the threat of global terrorism remains potent in the East and Horn of Africa,” the report states, “carrying out counterterrorism operations with a disregard for domestic and international legal standards over the past 14 years has demonstrably failed to succeed in promoting regional or global security.”

“Counterterrorism operations must be carried out with respect for the rule of law or else they risk creating the very conditions of insecurity they seek to protect against.”

The report recommends that the African Commission call upon Djibouti to identify, apologize to and compensate victims of human rights violations; implement measures to ensure that such violations will not be repeated; and review and make public cooperation arrangements with foreign governments, including counterterrorism arrangements with the US and other western powers.