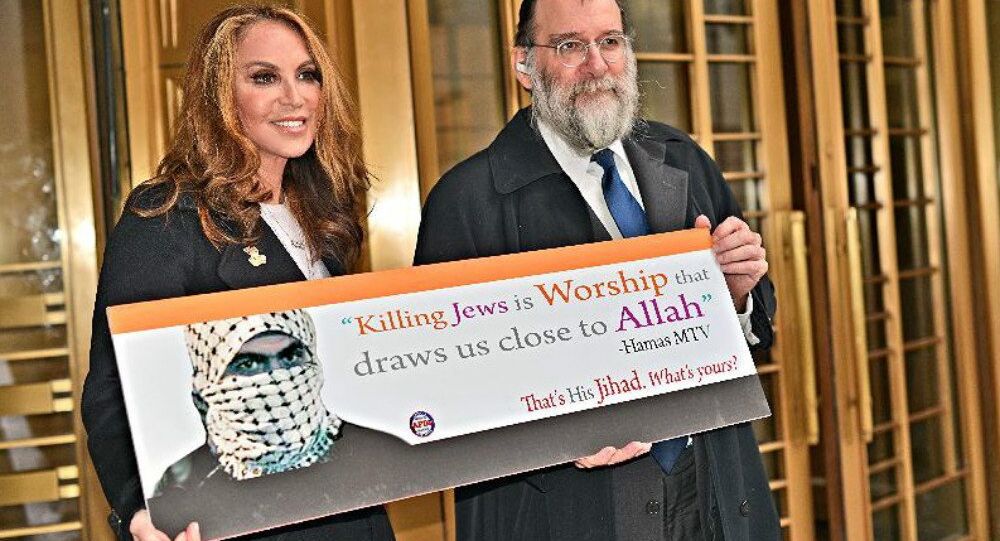 An attempt by the Metropolitan Transit Authority to prevent the publication of the posters on its buses has been rejected by a district judge on the grounds of free speech.

© AFP 2020 / ABBAS MOMANI
Hamas Accused of Negotiating With Israel to Make Gaza an Independent State
A US district judge has ruled that a pro-Israel pressure group can force New York City's Metropolitan Transit Authority [MTA] to run adverts on its buses containing the phrase "Hamas Killing Jews," despite objections by the network.

According to the MTA, which was asked by the American Freedom Defense Initiative [ADFI] to run four advertisements, the advertisement should not go ahead because of its advertising standards which prohibit ads that incite or provoke violence. The ADFI sued, alleging that the refusal to run the ad infringed its right to free expression under the First Amendment.

The advert in question features the quote, "Killing Jews Is Worship That Brings Us Closer to Allah," which is attributed to Hamas and reported to have been shown on Hamas MTV. Underneath the quote, the caption was added: "That’s His Jihad. What’s yours?"

© AP Photo / Khalil Hamra
Israel Supported Hamas to Divide Palestine's Resistance - Assange
In his ruling, Judge John G. Koeltl wrote that the advertisement "qualifies as free speech," and that "the defendants have not presented any objective evidence that the Killing Jews advertisement would be likely to incite imminent violence."

In granting the ADFI's injunction, Koeltl also noted that "substantially the same advertisement ran in San Francisco and Chicago in 2013 without incident."

SEPTA tried to refuse this ad by Pam Geller and the American Freedom Defense Initiative (AFDI), but courts say 'no.' pic.twitter.com/j44JwBhGm9

The above tweet shows an ad which the ADFI forced the Southeastern Pennsylvania Transportation Authority to run after a legal battle which concluded in March.

The advert was one of four the AFDI sought to run on the buses, with the others featuring a call for the end of U.S. aid to Islamic countries, an ad featuring a quote from Israeli Prime Minister Netanyahu criticizing Hamas and urging support for Israel, and an ad featuring a picture of Adolf Hitler sitting with the purported "leader of the Muslim World," next to the words, "Islamic Jew-Hatred: It’s in the Quran."

AFDI President Pamela Geller said the ruling was "another huge AFDI victory for freedom and individual rights," and said she was pleased that as a result of the high-profile case, "the message, one that few know, gets to millions more people."

A spokesman for the MTA, Adam Lisberg, said "We are disappointed in the ruling and are reviewing our options." The organization has 30 days to appeal against the decision, after the judge delayed the enforcement of the injunctions.