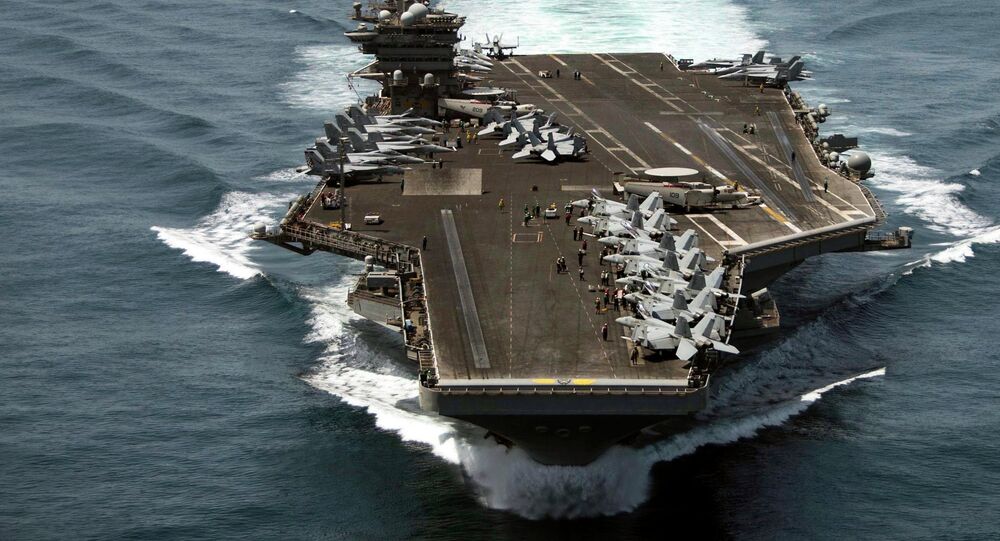 US State Department spokesperson Marie Harf said that the US Navy dispatched ships to Yemeni waters to protect commercial sea lanes, not to cut off Iranian weapons shipments.

WASHINGTON (Sputnik) — The US Navy dispatched ships to Yemeni waters to protect commercial sea lanes, not to cut off Iranian weapons shipments, US State Department spokesperson Marie Harf said during a press briefing.

“They are not there to intercept Iranian ships. The purpose of moving them is only to ensure the shipping lanes remain open and safe,” Harf claimed on Tuesday.

© AP Photo / US Navy
Yemen Conflict Highlights Inadequacy of US Dealings With Iran - Congressman
Harf denied media reports claiming that the US warships were sent to prevent Iran from delivering weapons to the Houthi rebels in Yemen.

On Monday, the United States deployed an aircraft carrier and a guided-missile cruiser to the Arabian Sea and the Gulf of Aden to help ensure maritime security and open sea lanes, although the US navy is aware of Iranian ships in the region, a US Defense Department official told Sputnik.

The US Navy said it has increased its presence in the area as a result of the current instability in Yemen.

The UN Security Council passed a resolution on Tuesday, imposing an arms embargo on the Houthi rebels and on forces loyal to the former Yemeni President Ali Abdullah Saleh, who are allied against the ousted Yemen's President Abd Rabbuh Mansur Hadi.