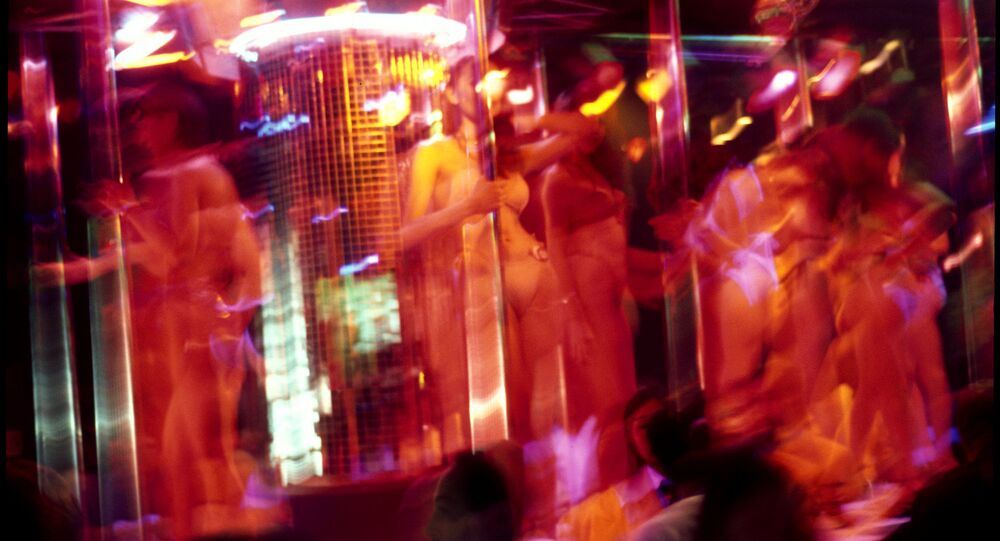 After US federal agents got busted partying with Cartel-financed prostitutes, Congress is worried the promiscuous feds may have divulged state secrets during their trysts. And the whole affair has cost DEA chief Michele Leonhart her job.

It’s a legitimate concern, perhaps. Sex sells, and it certainly worked for Mata Hari, after all. The world’s most famous courtesan was executed for espionage in 1917. So it seems entirely possible that the sex parties orchestrated for DEA agents by Colombian drug kingpins could have been part of an elaborate ruse. What better way for the cartels to learn what info the Drug Enforcement Agency might have on them?

That seems to be Congress’ thinking, anyway. The parties – dozens, allegedly – took place between 2001 and 2005, but only came to light last month.

"It is incredibly concerning that, according to the DEA itself, there is a clear possibility that information was compromised as a result of these sex parties," Representative Elijah Cummings, part of the House Committee on Oversight and Government Reform, told Reuters.

These concerns are in reference to two government reports which may point to a leak. Previously confidential internal DEA memos, these reports point to an informant known only as "Cooperator 2," who voices his concerns that a separate informant, "Cooperator 1," had stumbled across top secret intel.

"[He] gained information from the US agents by 'getting their guard down' through the use of prostitutes and paying for parties," the documents, obtained by Reuters, read. It goes on to say that the Cooperator 1 "bragged about the parties with prostitutes and how he 'sold' the relationship/closeness with the agents."

Cooperator 1 "stated he could easily get the agents to talk," the memo states.

None of which looks good for agency leadership. Several lawmakers have pointed the blame at DEA Administrator Michele Leonhart, saying they’ve lost confidence in her abilities in light of the fact that many of the agents involved went undisciplined. As a result, Leonhart has decided to leave her position with the Drug Enforcement Agency, according to a statement released by Attorney General Eric Holder.

"Michele Leonhart, the Administrator of the Drug Enforcement Administration, informed me today of her decision to retire," the statement reads. "She will depart the agency in mid-May."

It didn’t help that Leonhart gave contradictory answers during her testimony before Congressional lawmakers. While she insisted there was "no evidence" of an information leak, she also admitted it such an instance was "absolutely" possible.

The US Justice Department also conducted investigations into sexual misconduct in a variety of federal agencies last month. That report found that the DEA had received a number of complaints from "former host-country police officers" that DEA agents and supervisors had "solicited prostitutes and engaged in other serious misconduct." While the report did not name the "host-country," US officials told Reuters it was, in fact, Colombia.

The DoJ report also stated that it was "common for prostitutes to be present at business meetings involving cartel members and foreign officers," and that "prostitutes in agents’ quarters could easily have had access to sensitive DEA equipment and information."