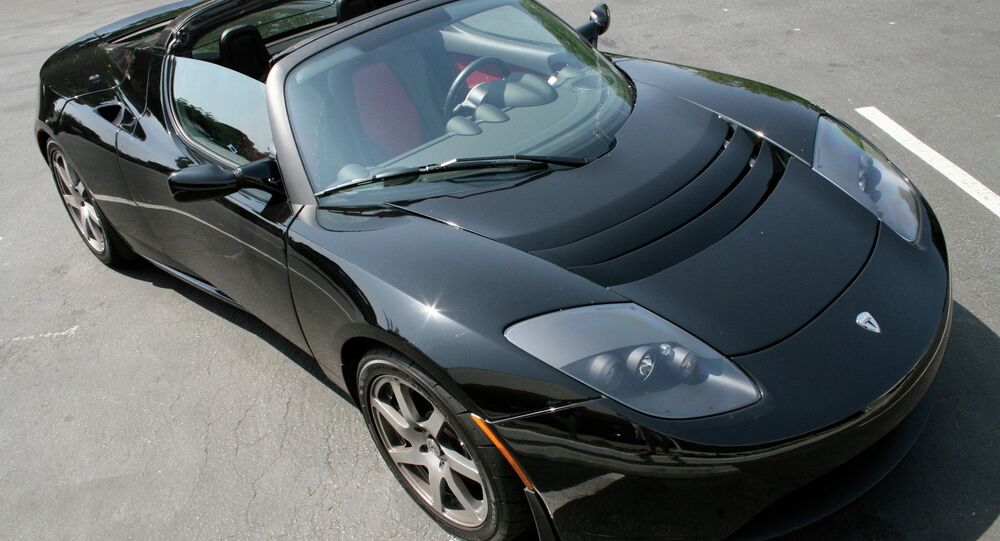 An upcoming book claims that Tesla boss Elon Musk was ready to sell the firm to Google in 2013 for the sum of $6 billion upfront, and another $5 billion in capital investment.

© Flickr / edans
EU Commission Sends Formal Antitrust Objection to Google
In 2013, just before sales of the flagship Model S electric car started to take off, Tesla chief Elon Musk agreed to a deal with Google CEO Larry Page to sell the company to the IT corporation, according to a new book to be published next month.

In the book, named 'Elon Musk: Tesla, SpaceX, and the Quest for a Fantastic Future,' author Ashlee Vance claims that while on the verge of bankruptcy and struggling to fulfill orders for its Model S vehicle, Musk turned to Google with a proposal to sell the firm for $6 billion, with Google to provide another $5 billion in capital to invest in the production of Tesla vehicles in order to meet demand and eventually expand production to include a third-generation electric car for the mass market.

© Flickr / Eric Rosendahl
Tesla Plans to Unveil Batteries That Power Homes
When asked for a comment, Google's Larry Page said he wouldn't "speculate on rumors," and told the author that a "car company is pretty far from what Google knows." The company's unveiling of the Google car prototype earlier this year, however, shows that the concept is not that far from what Google knows: its model of a driverless car also has the potential to revolutionize the car industry.

Tesla has been expanding its Model S range, and earlier this month the company announced the launch of the high-performance Model S P85D, which Musk has described as a precursor to the upcoming Model X, the release of which has been delayed several times.

In November the company released a statement pushing the first deliveries to the third quarter of 2015, explaining that "we recently decided to build in significantly more validation testing time to achieve the best Model X possible." The company describes the SUV crossover as "an automobile above category," which is "designed from the ground up to combine the space and functionality of a sport utility vehicle with seating for seven adults and the uncompromised performance of a Tesla."