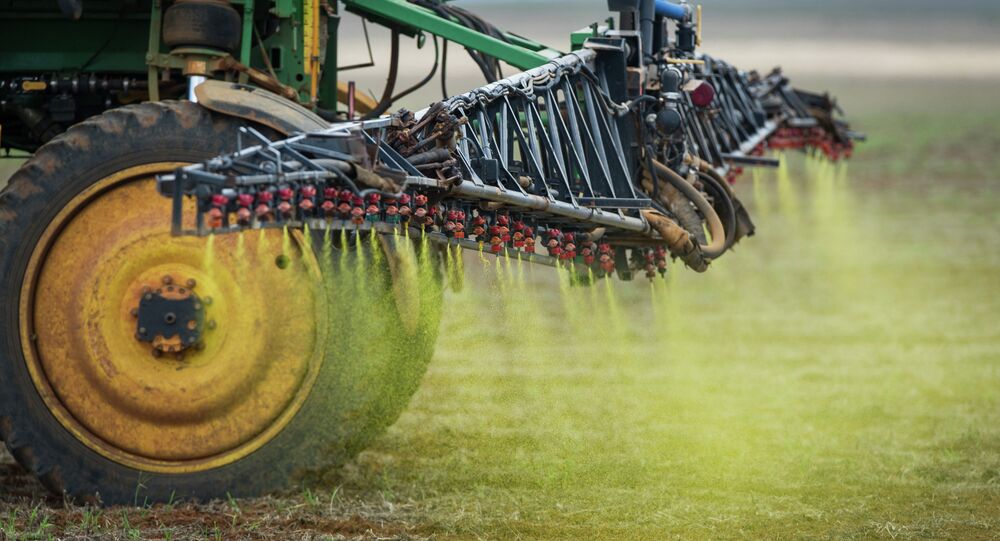 A coalition of conservation, food-safety and public health groups filed a motion with the US Court of Appeals challenging the US’s EPA decision to allow the use of hazardous herbicide in the US Midwest, the Center for Biological Diversity said in a statement.

WASHINGTON (Sputnik) — The court motion was filed on behalf of six groups, including the environmental law organization Earthjustice and the non-profit Center for Food Safety.

© Flickr / London Permaculture
US May Start Testing Food for ‘Probably Carcinogenic’ Glyphosate
“The groups are challenging the Environmental Protection Agency’s decision to allow the use of Enlist Duo [herbicide] in 15 Midwest states,” the statement said on Monday.

The Enlist Duo herbicide includes a component of the infamous Agent Orange, used by the US military in Vietnam as part of its warfare program, according to the statement.

Agent Orange has been linked to Parkinson’s disease, non-Hodgkin’s lymphoma, reproductive problems and other ailments.

© AP Photo / James Finley
Monsanto Admits to Having an Entire Department Fighting Anti-GMO Research
The organizations argue that the use of the Enlist Duo herbicide will have a serious impact on farmworkers, neighboring farms, ground and surface water, as well as endangered species.

“Instead of being an environmental watchdog, the EPA is playing lapdog and allowing this deadly herbicide to be sprayed on millions of acres without adequate impact assessment,” Earthjustice attorney Paul Achitoff said in the statement.

EPA approved Enlist Duo as a tool to fight glyphosate-resistant super weeds that now infest US farmland as a result of overuse of glyphosate, the active ingredient in the agrochemical company Monsanto’s Roundup herbicide, the statement said.