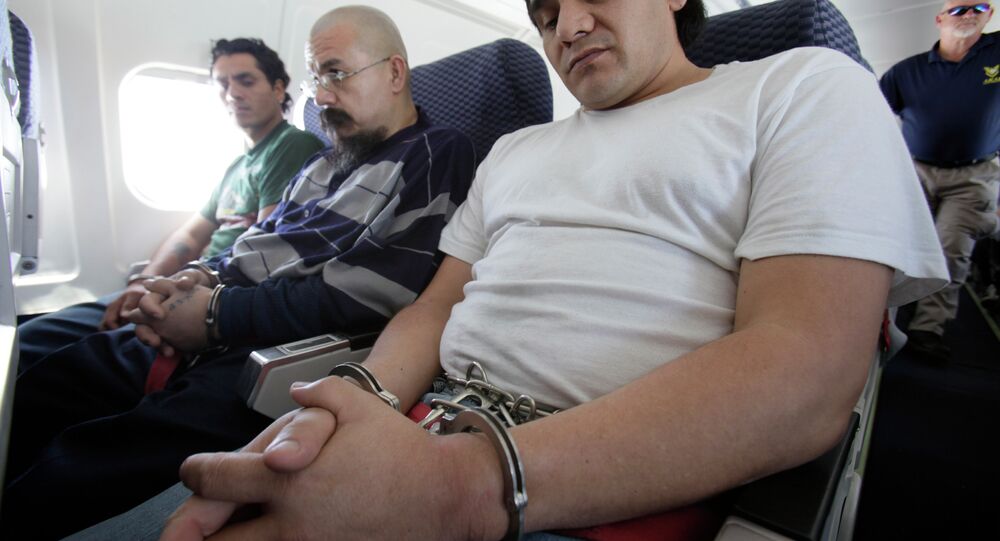 ICE has squandered up to $41 million through poor logistical planning for deportation flights, according to a recent review by the Department of Homeland Security inspector general’s office.

According to an April 9 report titled “ICE Air Transportation of Detainees Could Be More Effective,” the watchdog agency says that ICE, which falls under Homeland Security, spent $12 million on charter flights that were less than 40% full between October 2010 and March 2014.

All told, auditors found that ICE spent about $116 million on flights that were at least 20% under full capacity. Of the nearly 7,500 flights they reviewed, more than one-third were at least that empty.

ICE “may have been able to transport the same number of detainees with fewer missions at a lower charter air cost,” the report states.

Meanwhile, ICE argues that delaying trips in order to fill more seats could actually prove more costly in the end. The average rate for detaining a single adult is $122 per day, while the cost for a family is more than $300 per day, the agency told the Washington Post by email.

Additionally, a 2001 Supreme Court ruling limits detention of undocumented immigrants to six months, although some exceptions are allowed.

ICE has access to eight charter aircraft, each of which can hold up to 135 detainees. The agency pays about $8,400 per hour for the flights, regardless of how many passengers are aboard. And while some detainees do fly on commercial flights, most detainees are transported on charter flights.

Auditors also found that ICE “does not capture complete and accurate data essential to support operational decisions and ensure effectiveness.”

According to records, ICE picked up or dropped off more than 23,500 detainees at locations where its charter flights had not flown. In one example, the agency claimed to have transported 54 individuals to Nicaragua, but the flight never stopped in Nicaragua

Auditors also called out six cases in which ICE moved detainees multiple times between the same cities without documenting why the redundant trips were necessary. Some detainees missed flights, but ICE never kept information that explained why.

The inspector general recommended that ICE establish reporting standards and create procedures for measuring performance with detainee flights, among other suggestions.

The agency issued its official response in a statement on Monday:

“While ICE agreed with and was already in the process of making a number of improvements suggested by the report, the agency strongly disagrees with the report’s use of empty seats on flights as a measure of efficiency. Chiefly because delaying the removal of individuals in order to fill empty seats causes the agency to incur ancillary costs that may exceed the cost of the seats.”