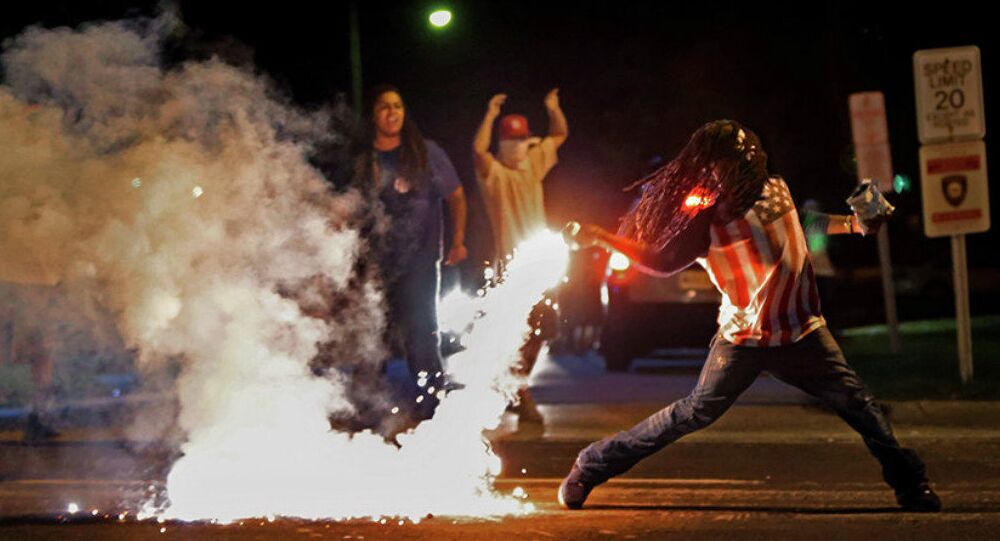 St. Louis Post-Dispatch photographers were awarded with the Pulitzer Prize for images of Ferguson's protests.

MOSCOW (Sputnik) — St. Louis Post-Dispatch photography staff was awarded with the Pulitzer Prize for Breaking News Photography for its “powerful images of the despair and anger in Ferguson.”

The judges pointed out the newspaper's “stunning photojournalism that served the community while informing the country.”

Among other finalists the Pulitzer Prize Board named were Mauricio Lima, Sergey Ponomarev and Uriel Sinai of The New York Times “for photographs that portrayed the conflict in Ukraine in an intimate way, showing how the battle for power crushed the lives of people” and Tyler Hicks, Sergey Ponomarev and Wissam Nassar of The New York Times “for capturing key moments in the human struggle in Gaza and providing a fresh take on a long, bloody conflict.”

The shooting led to days of violent unrest across the city, prompting Missouri Governor Jay Nixon to call for the state’s National Guard.

Following a grand jury decision not to charge Wilson with the fatal shooting in November, nationwide protests calling attention to police brutality sparked across the United States.