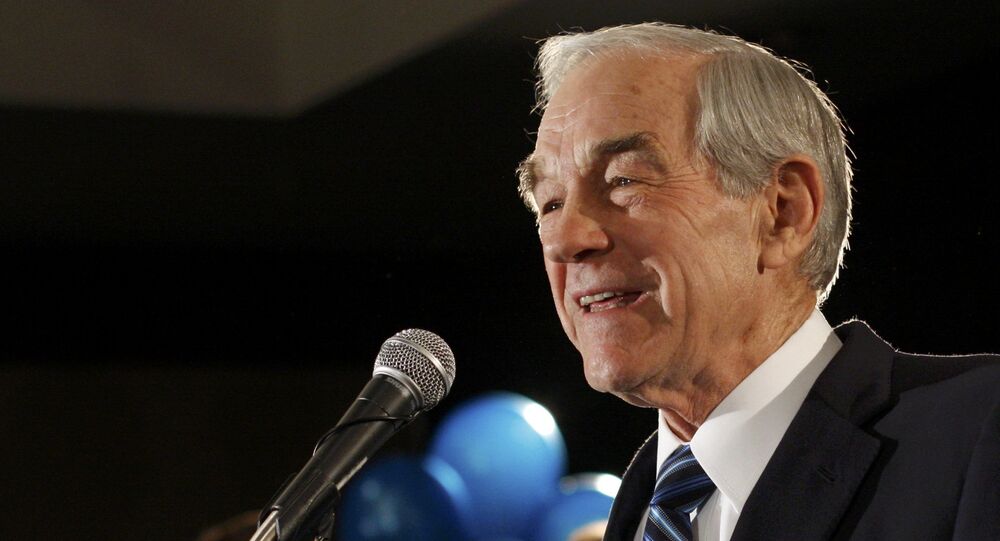 After the latest round of mysterious murders of Ukrainian opposition figures, Western governments have remained conspicuously silent. Yet those same governments were up in arms over the death of Boris Nemtsov. What’s the connection? As Ron Paul explains, the silence may have something to do with the US training Ukrainian troops.

Following the death of Russian politician Boris Nemtsov, Chairman of the House Foreign Affairs Committee Ed Royce was quick the label the incident – without any evidence – a political assassination.

"…This shocking murder is the latest assault on those who dare to oppose the Putin regime," Royce told US media outlets.

Yet, as former presidential candidate Ron Paul notes in a piece for the Ron Paul Institute, a full week has passed since the death of two Ukrainian opposition figures, and "the US government has yet to say a word."

"On the contrary," Paul writes, "instead of questioning the state of democracy in what looks like a lawless Ukraine, the Administration is sending in the US military to help train Ukrainian troops!"

This could be partially explained by the fact that the deaths of opposition politician Oleh Kalashnikov and opposition journalist Oles Buzina occurred on the same week that the US 173rd Airborne Brigade rolled into Yavoriv to begin training the Ukrainian National Guard.

"As the ceasefire continues to hold, though shakily, what kind of message does it send to the US-backed government in Kiev to have US troops arrive with training and equipment and an authorization to gift Kiev with some $350 million in weapons?" Paul notes.

In short, to publically acknowledge its assistance of a side responsible for political assassinations would counter the United States’ narrative as an arbiter of peace.

"Might they not take this [training] as a green light to begin new hostilities against the breakaway regions in the east?" Paul says.

It’s a hypocrisy not altogether surprising, given the Obama administration’s inconsistent foreign policy decisions. As the White House takes historic steps to end sanctions against Cuba and Iran, it signals, on the one hand, its interest in reducing US interventionism. Yet, on the other, the administration is enacting new policies which cement his place as a neocon.

"So while Obama is correctly talking about sanctions relief for Iran and Cuba, he is adding more sanctions on Russia, backing Saudi Arabia’s brutal attack on Yemen, and pushing ever harder for regime change in Syria," Paul writes. "Does he really believe the rest of the world does not see these double standards?"

President Obama, it seems, wants to have his cake and eat it too.

"A wise consistency of non-interventionism in all foreign affairs would be the correct course for this and future US administrations," Paul says.

But the US, instead, appears to be "assisting one side in the conflict – even as the US slaps sanctions on Russia over accusations it is helping out the other side!"