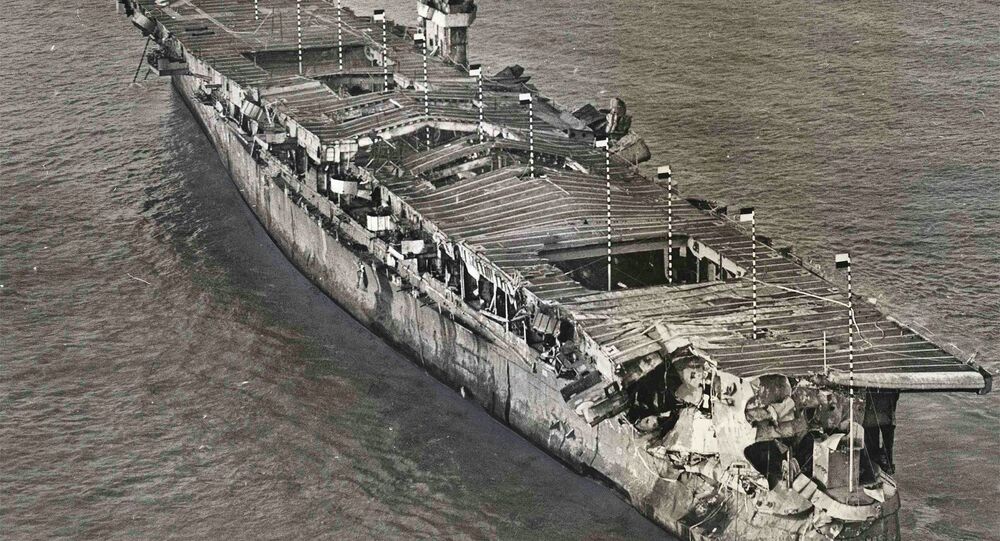 Scientists have discovered a radioactively-polluted WWII aircraft carrier sitting on the ocean floor 30 miles off the coast of Half Moon Bay in San Francisco.

An expedition led by the National Oceanic and Atmospheric Administration found the USS Independence below 2,600 feet of water off the coast of the Farallon Islands – a region where the federal government dropped nearly 48,000 barrels of low-level radioactive waste between 1946 and 1970.

Following WWII, The USS Independence was engulfed in a fireball resulting from the 1946 nuclear weapons tests in Bikini Atoll. Badly damaged, it then became a nuclear decontamination lab stationed at Hunters Point Naval Shipyard in San Francisco. Afterward, the NAVY equipped the ship with an undisclosed number of nuclear-waste barrels and towed it out to sea, where it was sunk by two torpedo warheads.

Today, the discovery of the Independence raises questions about the health and environmental hazards faced by wildlife surrounding the Farallon Islands Radioactive Waste Dump, which is in a region that today contains a marine life sanctuary.

NOAA official James Delgado, who has spent the last two years studying the shipwrecks in and around the Gulf of the Farallones National Marine Sanctuary, suspects hundreds of barrels of nuclear waste could be sitting with the Independence. However, he doubts they pose any environmental or health-related risk.

These barrels were filled with concrete and sealed in the ship's engine and boiler rooms, which were surrounded by thick walls of steel, he said.

The ocean also acts as natural buffer zone for radiation, according to Kai Vetter, a UC Berkeley nuclear engineering professor who assisted the survey. Vetter stressed that the contaminated sites were small enough to not work their way into the broader food chain.

However, retired judge and state legislator Quentin Kopp, who once pushed for a thorough research into the Navy’s disposal of radioactive material off Northern California, said his questions about nuclear wastes’ risk to humans and wildlife have yet to be answered.

"If I were an elected legislator, state or federal, I would be pounding the table," Kopp said.

Vetter hopes to gather samples from the Independence to study the effects of radiation on metal within the next year. However, Delgado said there currently are no plans to further study the wreck.

The Gulf of the Farallones Sanctuary remains a home for vast wildlife including white sharks, elephant seals and whales.