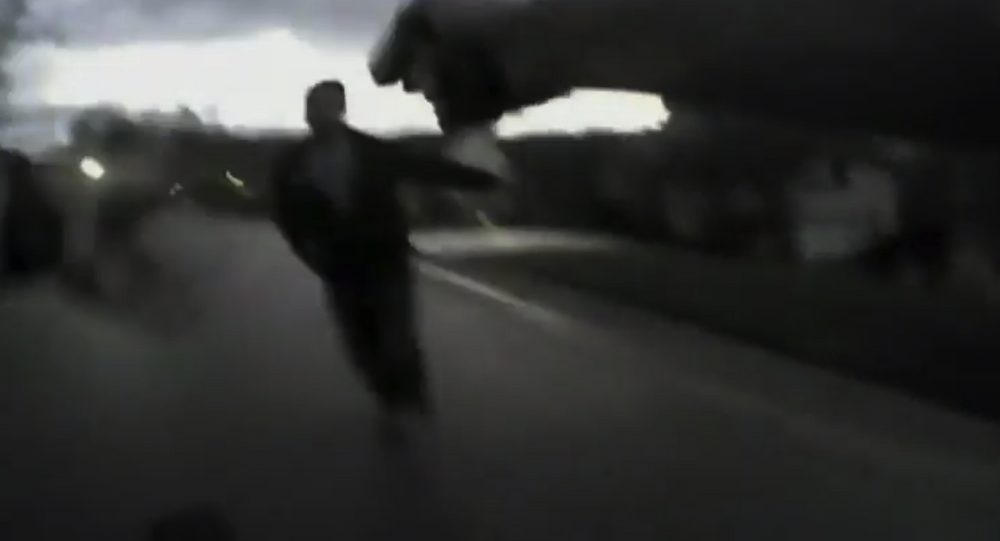 A Richmond, Virginia Police officer’s confrontation in Cincinnati with a homicide suspect was captured by the cop’s body camera on Thursday.

"Law enforcement officers all across the nation have to deal with split-second decisions that mean life or death,” Officer Jesse Kidder told WLWT5. “I wanted to be absolutely sure before I used deadly force."

Kidder was pursuing a suspect who then ran toward the him yelling at the officer to shoot.

"So he's got his arms at his side while he's running at me and that's the first thing I noticed," Kidder said as he watched the video. "He put his hand in his pocket there, so my eyes are watching that hand right now and nothing else."

Waiting for back up, Kidder backed up and tried to reason with the suspect.

"I was trying to open a dialogue with him,” Kidder said. 'I don't want to shoot you, get on the ground,' but he wasn't having it. He kept repeating, 'Shoot me.' At one point, he said 'Shoot me or I'll shoot you,'" Kidder said.

The suspect then ran toward Kidder causing the officer to trip and fall backward.

"He got towards my face right as I lost balance," Kidder said. "I'm thinking, at this point, that if he goes into attack me, that I'll have to use deadly force to defend myself."

However, back up arrived and the suspect surrendered.

"For him to make the judgment call that he did shows great restraint and maturity," said New Richmond Police Chief Randy Harvey. "This video footage, it eliminated all doubt that this officer would have been justified if in fact it came to a shooting."

Kidder said a relative gave him the body camera following the Ferguson shooting.

Kidder is also a Purple Heart recipient who spent two tours of duty in Iraq as a Marine.