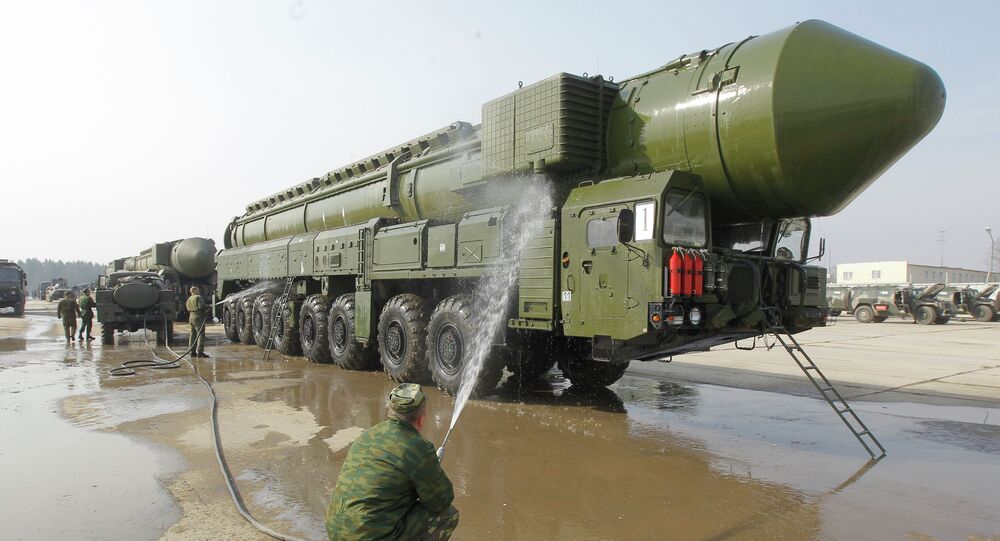 A nuclear strikes exchange between the United States and Russia will lead to the complete destruction of the United States, leaving Russia and China in a far better position, editor of the French portal Europesolidaire Jean-Paul Baquiast said.

A potential nuclear war with Russia will have fatal consequences for the US, whose territory would be completely destroyed in the event of mutual rocket exchange, Jean-Paul Baquiast said.

His comment came in the wake of recent internet speculation about the US’ possible intent to carry out a preemptive nuclear attack on Russia.

© AP Photo / Phil Sandlin
Russia, US Nuclear Disarmament Goes Without 'Stagnation' – Official
The concerns have risen after General Robin Rand was appointed as head of the US Air Force Global Strike Command.

There are assumptions that he might take an example from American General Curtis LeMay who became famous in 1949 for preparing a plan for a massive nuclear attack on the Soviet Union.

Unable to subdue Russia by conventional methods, Washington is preparing to destroy it with its armed forces, Jean-Paul Baquiast wrote. In the event of an armed conflict, American politicians may carry out a preemptive nuclear strike.

"Chances of the United States to destroy Russia without consequences for itself are small," Baquiast said.

However, even the highly efficient S-500 missile system, which Russia is currently working on, would be unable to protect the country against a massive launch of ballistic missiles from US submarines, he noted.

In turn, Russia would launch its missiles from its submarines off the coast of the United States. And if the Americans manage to hit only a part of the Russian territory due to its large size, the US will be destroyed completely, the journalist wrote.