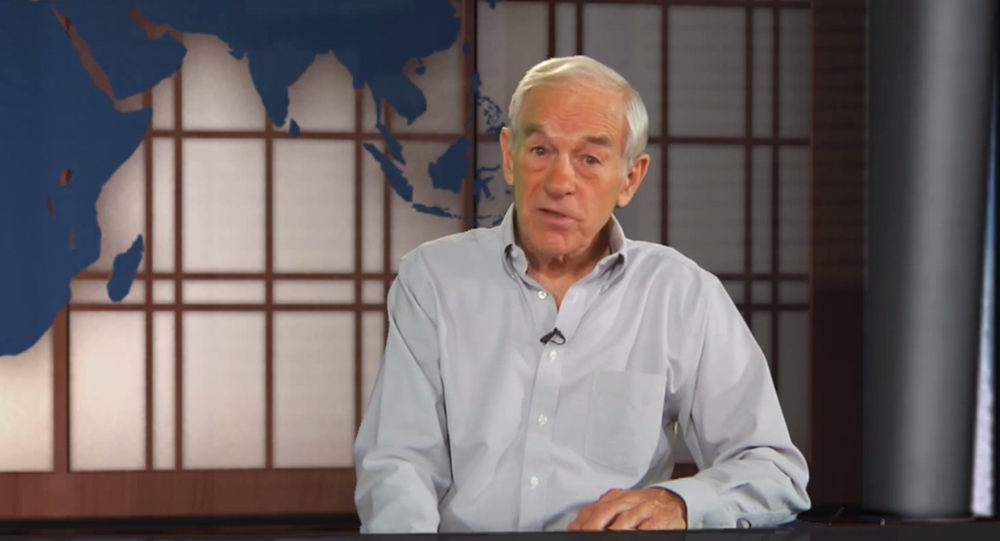 Now that a framework agreement has been reached regarding Iran’s nuclear policy, the long road to finalization is underway. The final agreement faces many challenges, including US Congressional lawmakers. But Ron Paul points out that the objections may have less to do with protecting the Constitution, and more to do with typical fearmongering.

On Tuesday, the US Senate Foreign Relations Committee advanced the Iran Nuclear Agreement Review Act. Introduced by Republican Senator Bob Corker, the bill would force the Obama administration to submit any finalized nuclear agreement to Congress before it could be approved.

The White House had previously urged lawmakers not to vote on any laws which could jeopardize the negotiations.  But as former US presidential candidate Ron Paul notes, endangering the talks may have been the point.

"The really, really hawkish neoconservatives, who are very adamant, not only are they opposed without even knowing the details of what this UN group is working on, they’re opposed to any deal whatsoever, and they’ve been very explicit about this," Paul tells his co-host on the Ron Paul Liberty Report, Daniel McAdams.

Paul notes that while some in Congress decry the nuclear negotiations as executive overreach, those same lawmakers have remained silent in the face of more violent aspects of the president’s foreign policy.

"Just think how often the president does things, if the Congress likes it and it’s unconstitutional – like starting a war – there’s no hubbub," Paul says. "But what do you think is going on here?"

McAdams points to the current conflict in Yemen. "This is essentially the US at war in Yemen," McAdams says in reference to Washington providing fuel and intelligence for the Saudi bombing campaign. "Congress has no interest in that, so I think you’re right in suspecting that there might be some political motives involved here."

While the bill advanced by the Senate may look good on paper, McAdams points out that it actually does very little to protect the Constitutional balances the lawmakers claim to defend.

They also point out that America’s refusal to conduct trade with Iran only hurts the United States. No matter what the US Congress decides, a deal by the UN will open the door for Russia and China to begin opening their arms to Tehran, leaving Washington in the dust.

So what does the Senate bill accomplish?

"Maybe the real reason was to scuttle the [nuclear deal]," Paul said. "I don’t know what’s wrong with the position that Jefferson spoke so clearly about, about non-entangling alliances and having free trade with countries and friendships with honest individuals. That of course I think would solve a lot of these problems."

"This is neocon propaganda, both from the US and from Israel," McAdams said. "This propaganda is designed to terrify people…"

The framework agreed upon by Iran and the P5+1 nations has until June 30 to be finalized. Once finalized sanctions against Tehran would begin to be phased out.