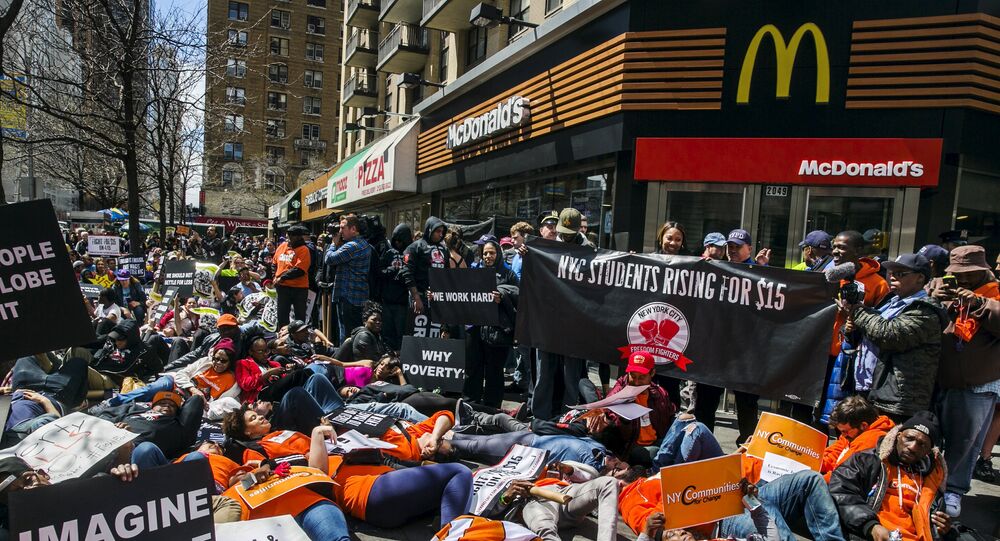 © AP Photo / Seth Wenig
US Fast Food Workers to Go on Nationwide Strike
The protests were organized by the Fight for $15 campaign, which is demanding that McDonald’s Corp. and other fast-food chains raise their minimum hourly wages to $15 and let workers unionize.

The rallies, which drew tens of thousands of workers, are the largest action to date for thea movement that was foundedbegan in November 2012, Bloomberg reported.

According to the organizers, around 1,000 workers protested outside a McDonald’s outlet in Brooklyn, New York, while others rallied in cities such as Chicago, Miami and Washington. Similar protests were held also in New Zealand, Finland and Japan.

McDonald’s earlier said it would raise pay at its company-owned stores by at least $1 above the local minimum wage.

An Illinois-based chain expects workers to earn more than $10 an hour, on average, by the end of 2016. McDonald’s said about 90,000 employees would get the raises, the Bloomberg report said.

US Fast Food Workers to Go on Nationwide Strike