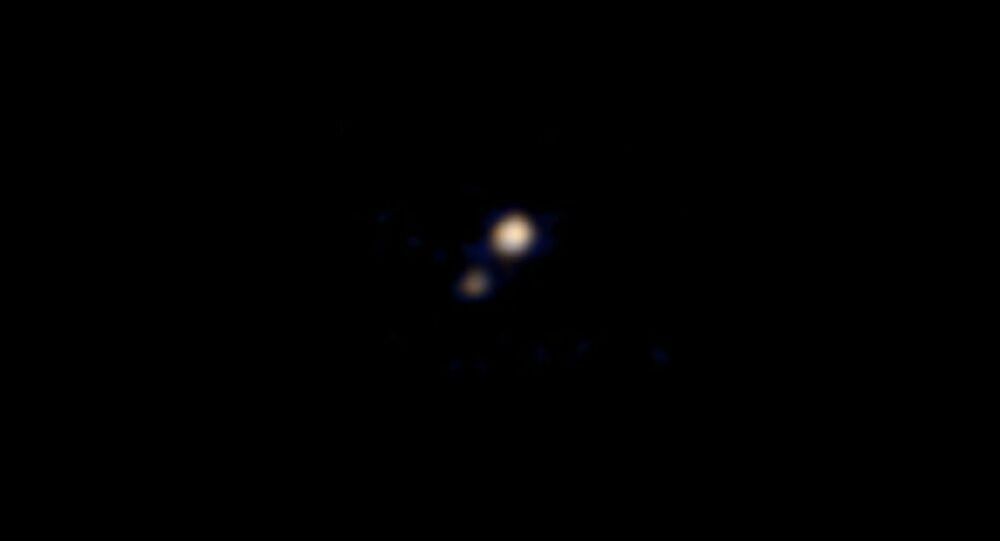 The National Aeronautics and Space Administration (NASA) is planning to make history on July 14 when its New Horizons probe flies as close to Pluto as any spacecraft has ever gotten.

In the meantime, the probe has been on a nearly nine-year journey through the solar system as it approaches Pluto, and it just sent back the first color photos of Pluto and its largest moon Charon.

Launched in 2006, New Horizons is close to a key point in its voyage of more than 3 billion miles, and is set to make its closest approach to Pluto in mid-July.

The picture released on Tuesday shows a couple of orange-colored blobs — Pluto and Charon – but NASA scientists say the probe will soon be beaming back much sharper images as it gets closer to the planet.

"In an unprecedented flyby this July, our knowledge of what the Pluto system is really like will expand exponentially, and I have no doubt there will be exciting discoveries," John Grunsfeld, an astronaut and associate administrator of the NASA Science Mission Directorate, told CNN.

Discovered in 1930, Pluto was once considered to be the smallest planet in the solar system, but scientists changed its designation to "dwarf planet," which is a planet that is too small to clear other objects out of its way.

Pluto is about 1,400 miles wide, about half the width of the continental United States.

By traveling to Pluto, the New Horizons probe is looking at the so-called "third zone" of the solar system, beyond the rocky planets, and in an area known for producing comets.

NASA is calling it "an exploration bonanza unparalleled in anticipation since the storied missions of Voyager in the 1980s."