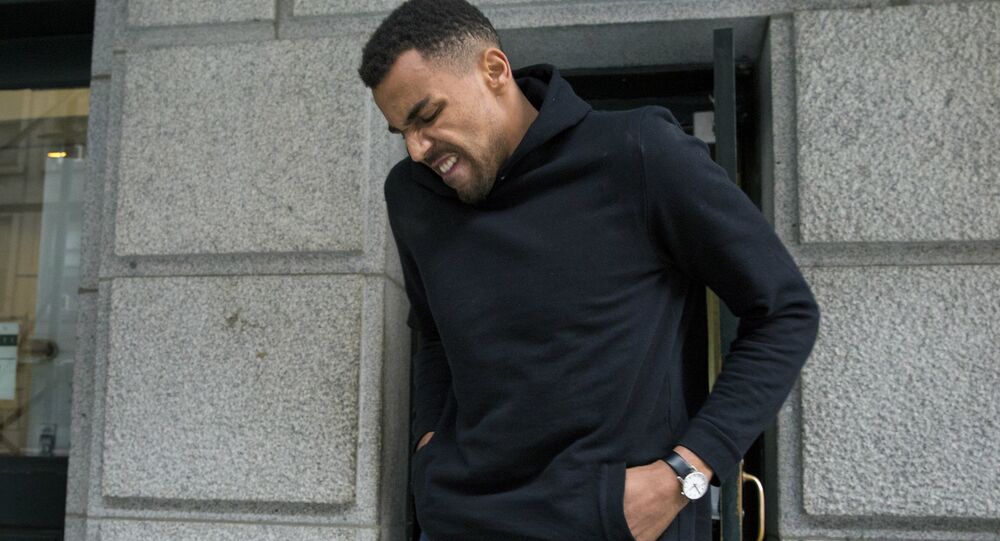 NEW YORK (Sputnik) — US National Basketball Association player Thabo Sefolosha, who plays for the Atlanta Hawks, blames the New York Police Department (NYPD) for sustaining a season-ending injury last week in New York City, according to a statement released by the Atlantic Hawks.

“I will simply say that I am in great pain, have experienced a significant injury and that the injury was caused by the police,” Sefolosha, a Swiss national, said on Tuesday.

Sefolosha suffered a fractured shinbone during an altercation outside of a New York City nightclub on April 9, where fellow Hawks teammate Pero Antic was arrested and Indiana Pacers forward Chris Copland was stabbed.

© AP Photo / Craig Ruttle
NYPD Breaks NBA Player’s Leg, Altercation Caught on Video
According to SBNationa.com, both Antic and Sefolosha were “obstructing” a crime scene, and at one point Sefolosha allegedly “charged at an officer” before he was arrested and later charged with resisting arrest, disorderly conduct and obstructing governmental administration.

“I am extremely disappointed that I will not be able to join my teammates on the court during the play-offs and apologize to them for any distraction this incident has caused,” Sefolosha said.

The incident is currently reviewed by the NYPD’s Internal Affairs department, a NYPD spokesperson told Sputnik.

Sefolosha refused to comment on any additional details regarding the altercation when he spoke to reporters on Tuesday.