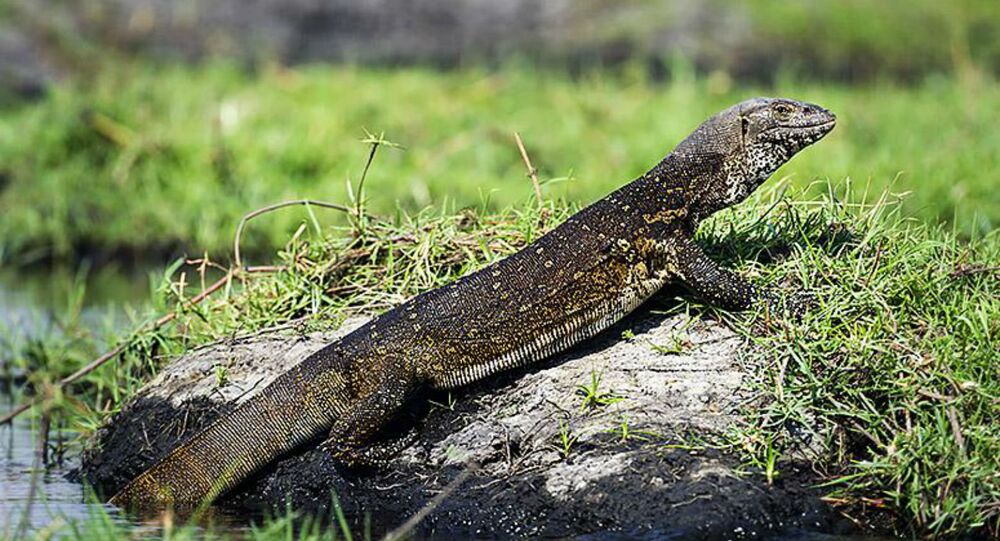 Keep your eyes on Mr. Whiskers! The Sunshine State is known for all kinds of exotic and even dangerous animals, such as large alligators roaming around golf courses, and now there’s a new invasive species wreaking havoc.

The state’s Fish and Wildlife Conservation Commission is trying to get rid of the five-foot long Nile monitor lizards, which are native to Africa but have found a home in south Florida.

Since the summer of last year, officials have removed 20 Nile monitors from the area and there are concerns that the lizard could be preying on any variety of animals, from house cats to other endangered animals in the area, including the Key Largo wood rat.

“Nile monitors eat a wide variety of food items, including small mammals, reptiles, fish, amphibians, and more,” Florida biologist Jenny Ketterlin Eckles said in a statement. “Because their diet is so varied, we are assessing whether this species may have an impact on Florida’s native wildlife.”

Authorities say they’re asking residents to report and take pictures of the lizards they find, but don’t try to catch them yourself: they have sharp claws and sharp teeth.

Officials believe that the lizard population in West Palm Beach is still small enough that they can contain it and eliminate it altogether, but the animals are more prevalent in other parts of the state. Biologists believe they were introduced in the state as escaped or released pets.