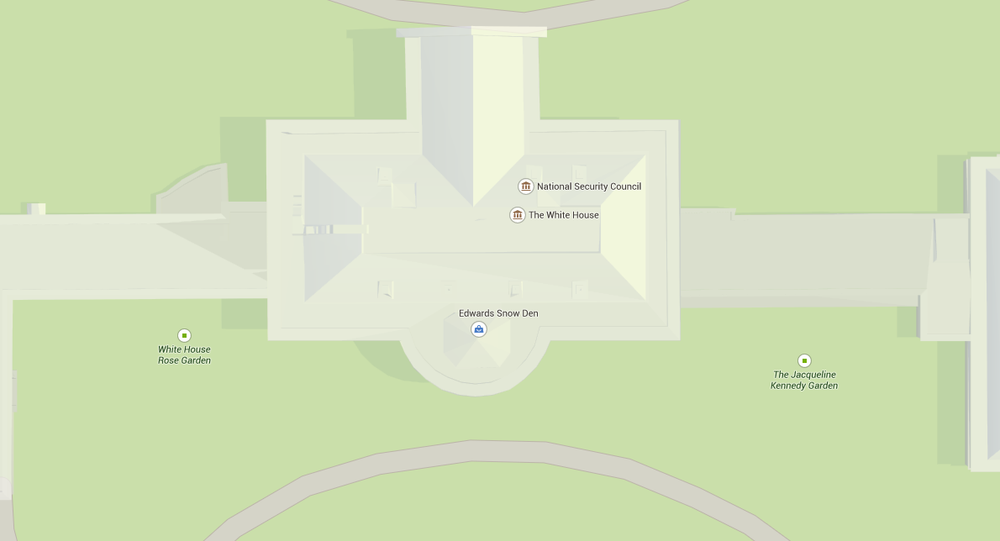 Ask any freedom-loving techie where Edward Snowden currently resides and the answer is likely to be: Russia. But according to Google Maps, the NSA contractor-turned-whistleblower may be selling snowboards out of the Oval Office.

If you act quickly, you may be able to see it yourself. A verified listing on Google Maps for a five-star snowboard shop called Edward’s Snow Den is located at 1600 Pennsylvania Avenue. Smack in the middle of the White House, it opens at 5AM, probably so Biden can return his rental before Obama wakes up and discovers that his vice president snuck off to Colorado to shred for a few days.

One of the shop’s reviews says it’s a "great source of classified information."

Ok, so it’s obviously a glitch. There’s not really a snowboard shop in the White House – though we’re still not sure about Biden’s rumored Orange Julius stand in the West Wing – and Google is attributing the error to a hacker’s two-weeks-too-late April Fools’ joke. As of the time of publication, the listing still exists, but it’s only a matter of time before Google fixes the error.

There are a couple of other mysterious Google listings scattered across Washington DC. The White House – evidently slowly rebranding itself as a strip mall – also houses cCross Law Firm. And the Executive Office Building, one block to the west, is temporarily listed as the home of Stampyland, which is – as best we can tell – a hacker’s reference to the video game, Minecraft.

The search giant has also dabbled in placing individual people within its maps. A quick search for Benjamin Netanyahu places the Israeli prime minister at the US House of Representatives, which was briefly and infamously true. Google also places former US Representative Eric Cantor at the Capitol, though that hasn’t been the case since the former Minority Whip was ousted by a relative no-name economics professor in the last Republican primaries.

Google Maps
Wouldn't we all fake our death to enjoy some pasta in peace?

Tupac may be alive, after all, hiding out in Graffiato, which serves up "creative Italian comfort food."

Google even tried to help out with the global hunt for missing Russian President Vladimir Putin last month. While journalists’ theories ran the gamut of the comical to the absurd, typing the president’s name into Google placed him at the Pentagon. Just like your lost car key, it’s always in the place you least suspect, right?

Facebook/Sean Guillory
Right under their noses, all along!

There’s also a Taco Bell located in the middle of the Pentagon’s courtyard, but we’re gonna go ahead and say that’s a Biden franchise, too.