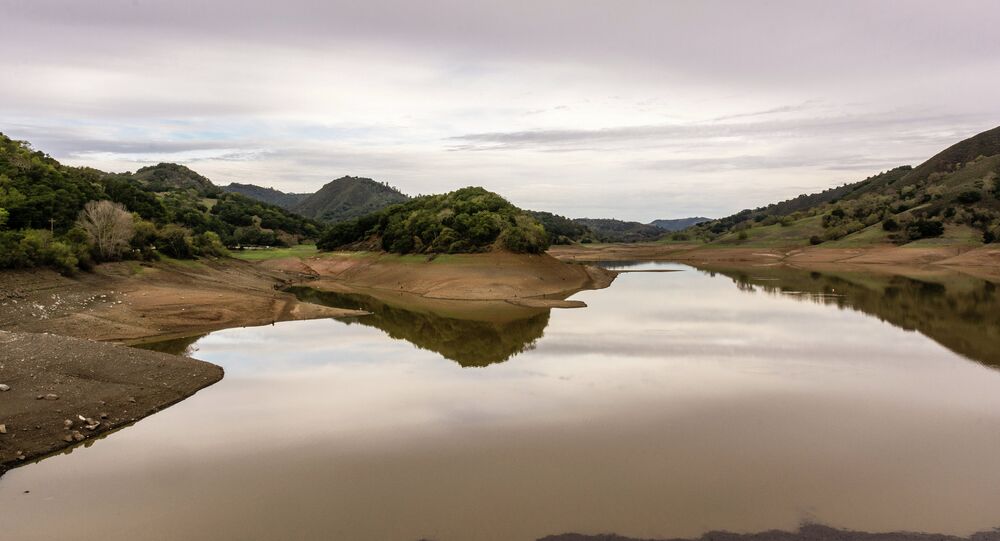 As California continues to suffer one of its worst droughts in decades, residents face potential fines of $500 daily for excessive water use. But as the average Joe is being forced to rearrange his shower routine, the state is giving major breaks to big business.

In 1974’s “"Chinatown," private eye Jake Gittes stumbles into a conspiracy surrounding California’s water supply during the thirsty 1930s. "Can you believe it?" a mortician asks. "We’re in the middle of a drought, and the water commissioner drowns. Only in LA."  Thus unfolds a plot in which Gittes learns a crucial truth: in the desert, water can become a dangerous, political commodity.

The classic screenplay was based on the real life California Water Wars of the early 20th century, a series of political conflicts which evidently continue to this day.

"This executive order is done under emergency power," Brown told ABC’s This Week. "We have a state water board that oversees the relationships with the districts. Hundreds of them. If they don’t comply, people can be fined $500 a day. Districts can go to court to get a cease and desist order. The enforcement mechanism is powerful. In a drought of this magnitude, you have to change that behavior and you have to change it substantially."

But many have noted that such draconian measures place an undue burden on individuals, and fail to place any restrictions on big business – the largest consumers of the state’s water supply.

California’s agriculture is a major industry. Providing the majority of domestically grown produce nation-wide, agricultural production brings in nearly $46.4 billion. That could account for – or even justify – the industry’s use of 80% of the state’s water supply. The almond industry alone uses 1.1 trillion gallons of water annually.

But despite its size, agriculture only makes up 2% of California’s economy.

"It is striking that [this] executive order refines restrictions to the urban sector that consumes only 20 percent of California’s water and leaves the agricultural sector, which consumes 80 percent of the water, untouched at least for the moment," environmental journalist Mark Hertsgaard told the Free Thought Project. "You can’t leave 80 percent of the problem off the table."

Many other business sectors are also allowed to continue unabated, even when operation can be harmful to the state at large. The Nestle Corporation, the nation’s largest supplier of bottled water, has drawn much-needed water from the San Bernardino National Forest to sell across state lines.

The natural gas industry is also unaffected by the stricter measures. As Governor Brown tells residents not to water their lawns, fracking uses 70 million gallons of California water per year.

Governor Brown has said very little in response to criticism about his executive order.

"[Farmers are not] watering their lawn or taking long showers," he said on This Week. "They’re providing most of the fruits and vegetables of America. And a significant part of the world."

Speaking to Free Thought Project, Jonas Minton, a water policy adviser for the Planning and Conservation League, noted that the governor’s response does little to soothe resident’s frustrations.

"The order does not deal with the fact that farmers are accelerating the planting of water-intensive crops, primarily for export, at the same time residents are being required to reduce their water by 25 percent," he said. "People are willing to sacrifice when they believe it is a shared sacrifice."

Individuals, caught between dwindling water supplies and steep fines, have little recourse. There’s not much a lone objector can do, only pay his fines and shuffle back into the LA nighttime beneath a streetlight.