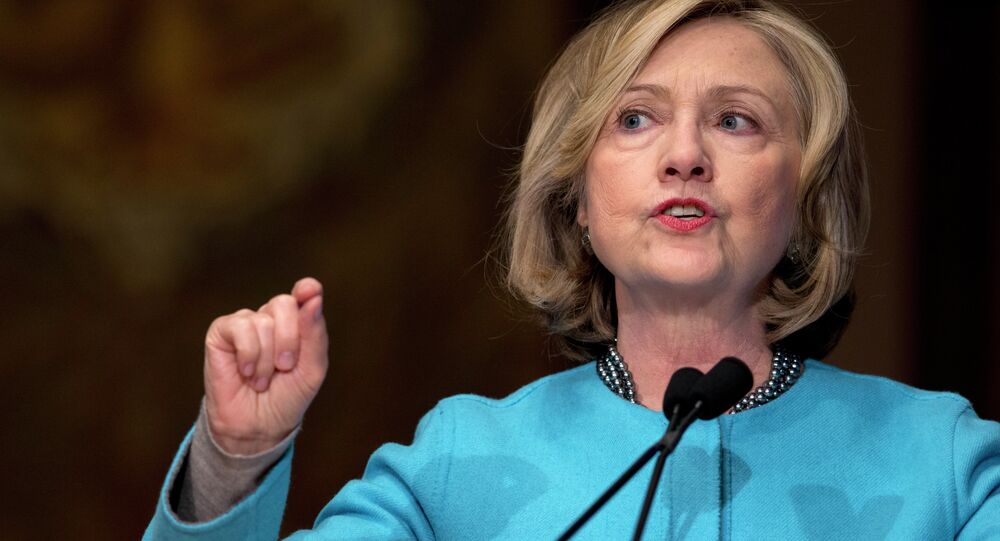 Former First Lady and ex-Secretary of State Hillary Clinton announced the launch of her 2016 presidential campaign via social media on Sunday.

© Sputnik
Hillary Clinton - Facts and Details
MOSCOW (Sputnik) – Hillary Clinton made a post on her Twitter account and released a video and email announcement informing of her presidential bid prior to the start of the campaign tour in the state of Iowa.

"I'm running for president. Everyday Americans need a champion, and I want to be that champion," the post on Twitter said.

Clinton is the first Democratic presidential candidate to announce their campaign for the presidential elections 2016.

Going Down in History

When Bill Clinton took office as president in January 1993, Hillary Clinton became First Lady of the United States. At her husband's request, the same year, she headed the Task Force on National Health Reform.

Holding such an honorary title, Hillary Clinton, nevertheless, proceeded with the development of her own career.

On November 7, 2000, Hillary Clinton was elected the US Senator from New York and won re-election in 2006.

© REUTERS / Joshua Lott/Files
What Would A Clinton Presidency Mean for Relations With Russia?

On January 20, 2007, Clinton announced that she would seek the Democratic Party nomination in the 2008 presidential election. She was one of the leading Democratic candidates for the presidency in 2008, but eventually another Democratic candidate, Barack Obama, came out as the victor.

Following his victory, Obama offered Clinton the position of the Secretary of State. She accepted the nomination, and was officially confirmed by the Senate on January 21, 2009.

Four years later, she resigned from the position, prompting speculation on whether she had abandoned public work or if she would resume her political career.

Clinton already has a solid lead against her potential Democratic primary opponents with 63.4 percent in favor of her nomination, according to a Huffington Post poll.

Other US polls reveal that Clinton's candidacy is highly popular among Hispanic voters in the United States. According to the last two surveys conducted for ABC News and The Washington Post, 71 percent of registered Hispanic voters would have preferred to support Hillary Clinton over potential Republican candidate former Florida Governor Jeb Bush.

If elected, Clinton will become the first female US president and the only First Lady who managed to catch up with her husband in political achievements. Clinton may continue the political dynasty that dominated the life of the United States in the 1990s.

Hillary Clinton to Announce Launch of Presidential Campaign on Sunday