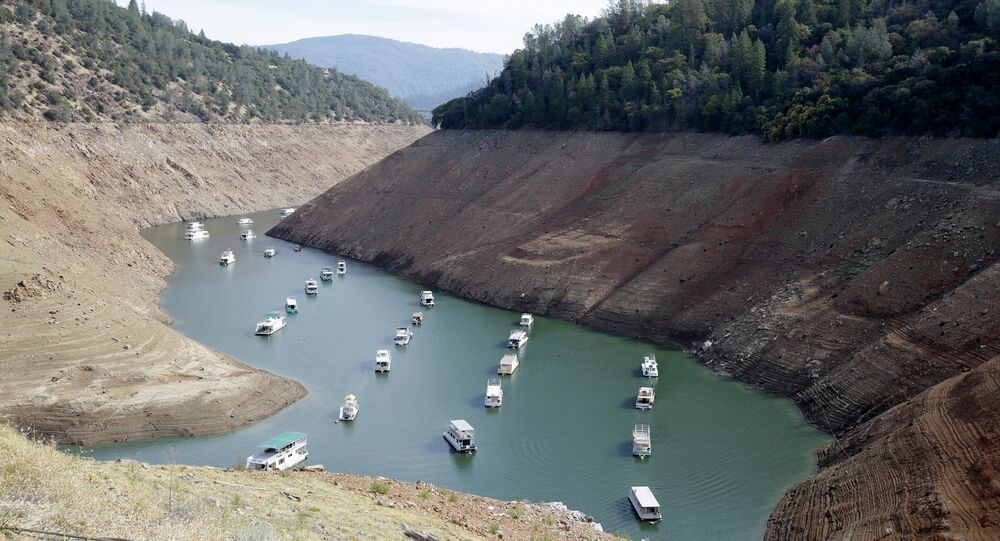 In drought-stricken San Bernardino, California, the United States Forest Service is investigating an expired water permit that is used by the Nestle corporation to draw water from the San Bernardino National Forest in southern California for its bottled-water business.

Nesle is among an upsurge of large corporations’ privatization of  the earth’s dwindling natural resources to turn a profit for themselves.  In fact, the company best known for bringing us Toll House cookies and a plethora of chocolate goodies, is America’s number one producer of bottled water.

© Flickr / https://www.flickr.com/photos/criatvt/
California Drought: Farmers Stop Planting, Sell Water Instead
An investigation headed by the Desert Sun newspaper found that the Nestle Waters North America’s permit to transport water across the San Bernardino National Forest expired nearly 30 years ago — back in 1988 — but that never stopped the company.

The extraction of California’s natural resources for the company’s capital gain, especially amid the region’s current drought, has raised concern among environmentalists.  They expressed their worry about the expired permit and the non-existence of government oversight in tracking the water being piped out.

Nestle said though that it monitors both its water use and the environment of the springs where the company draws its water from and Jane Lazgin, a Nestle spokeswoman, told the Desert Sun that the company will work with federal officials during the reissuing process.

The tedious process for renewing one of these permits requires an environmental review, which can take between 18 months to more than two years to complete.  For this reason, the Forest Service is deeming this issue a high priority case.

Jody Noiron, San Bernardino National Forest Supervisor, told the Desert Sun on Friday, “Since this issue was raised and I became aware of how long that permit has been expired, I have made it a priority to work on this reissuance project.”

The focus on the expired permit issue, however, may be obfuscating the real issue of a private company freely piping water out of its national forest. Some have criticized the agencies whose job is to protect the country’s natural resources for spending more time protecting private interests.