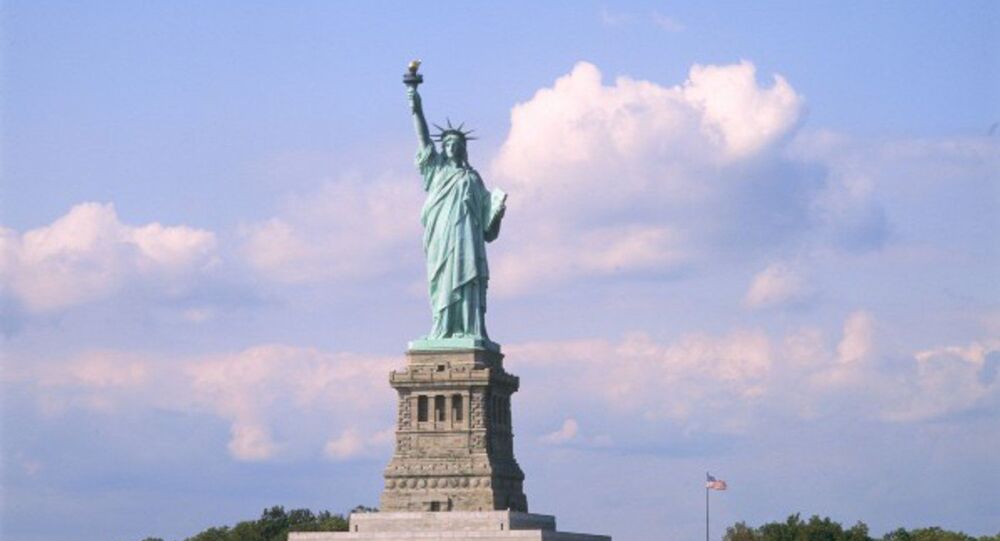 US is Losing Its Status of World Power – German Media

The US is losing its status of world power, as the country has lately not been able to enforce its geopolitical interests in several regions and has had to retreat, according to German Media.

The descent of the United States as a world power started in Syria, Deutsche Wirtschafts Nachrichten reported.

Out of frustration over the forced retreat in Syria, the driving forces behind the US government sought to lay the blame for the debacle in Syria on Russia. The US could not get over the fact that exactly Vladimir Putin played the role of a reasonable actor in the Middle East and at the same time was able to protect Russia’s interests.

© REUTERS / Khaled Abdullah
US Unaware if Any Americans in Yemen Pose Security Threat - State Dep't
This fact was frustrating for the US, which had always viewed such issues as military dominance and moral superiority as its domain.

The new ‘Cold War’ against Russia is not a self-perpetuating issue for Americans, the media source wrote.  Although it was possible to persuade the EU to impose sanctions against Russia, the alliance of European countries is far from united.

The Baltic States and Poland support the hard policy towards their neighbor. But many other EU governments oppose the idea of the continued confrontation with Russia. The sanctions have negative impact on EU countries as well. Among these countries are Italy, Greece, Spain, Slovakia, Austria and Hungary, who have always had close and beneficial economic ties with Russia.

© AP Photo / Dmitry Lovetsky
US Wants to Free Itself From Responsibility for ISIL Expansion
However, the worst defeat of the US has been the one with China, when Beijing launched the idea of setting up a new development bank (AIIB), the article said. Even Australia and South Korea did not much care about the warnings and provocations of the US government, showing their interest and expressing their approval for the project.

However, according to Deutsche Wirtschafts Nachrichten, the US is losing its status as a world power not only because of its failure in the foreign policy. Not less important is the fact that government has failed to lessen the gap between rich and poor and abandoned its own moral standards.