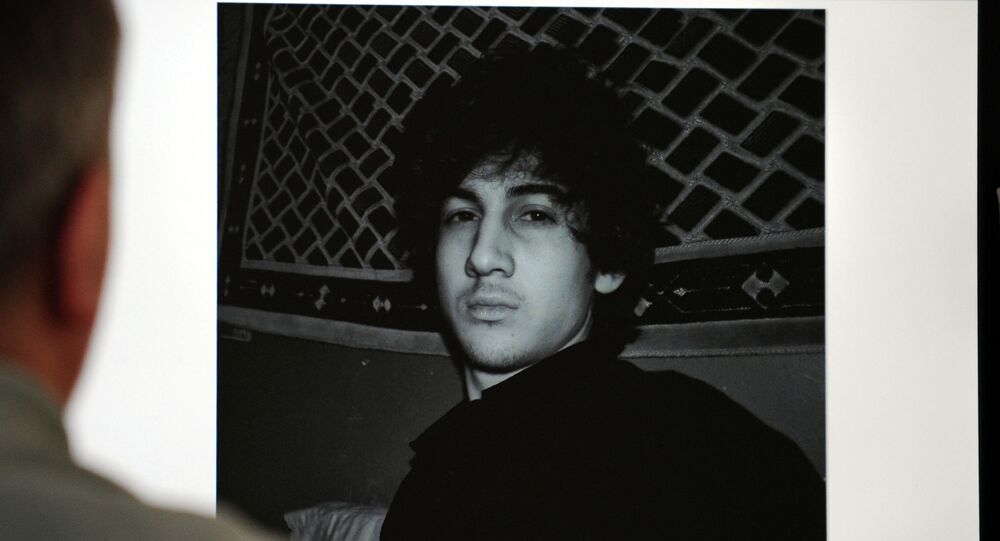 The jury deciding whether convicted Boston Marathon bomber Dzhokhar Tsarnaev will face the death penalty or life imprisonment will start deliberations on April 21, a court official said on Friday.

© REUTERS / Jane Flavell Collins
Dzhokhar Tsarnaev Found Guilty of All 30 Charges in Boston Marathon Bombing
WASHINGTON (April) — On Wednesday, the jury found Tsarnaev guilty on all 30 counts, 17 of which carry the death penalty, for his role in April 15, 2013 twin bombings at the Boston Marathon, and for the murder of Massachusetts Institute of Technology Police Officer Sean Collier. The bombing killed three people and injured 264.

“The court has scheduled the penalty phase of the trial in the case of US v. Tsarnaev to begin on Tuesday April 21,” the official said.

The jurors will be called in on April 14 to receive brief instructions and cover logistical matters, the official added.

The same jury will determine whether Tsarnaev will face the death penalty or life in prison.

US federal prosecutors argued that Tsarnaev was a self-radicalized individual who meticulously plotted with his older brother Tamerlan to exact revenge on the United States for its waging wars against Muslims.

In the face of 92 witnesses and evidence brought forward by prosecutors, Tsarnaev’s defense lawyers tried to save their client of the death penalty by painting a picture of Dzhokhar as being influenced by his brother Tamerlan, who was killed in a police shootout after the bombing.