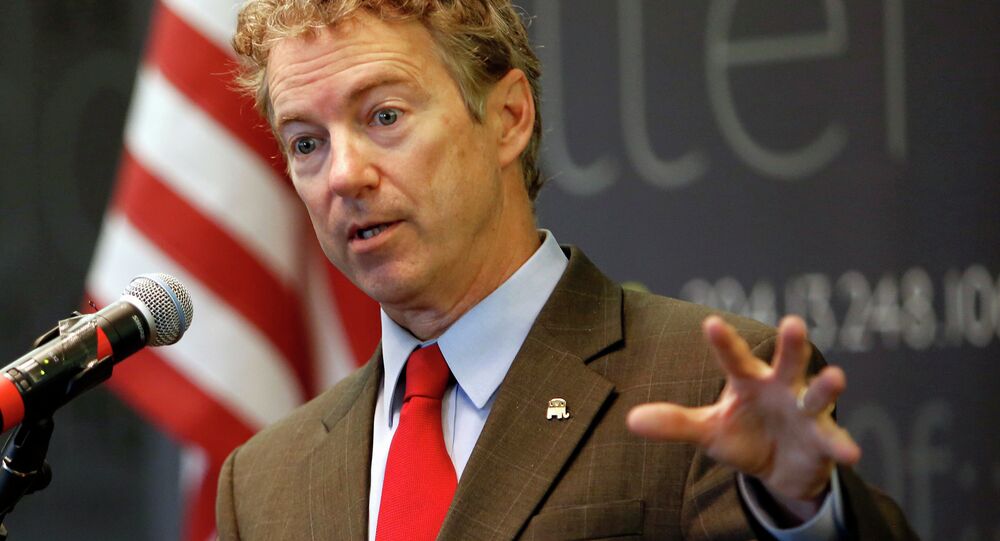 © REUTERS / Mike Segar
Clinton's Favorability Dips in US States Critical for 2016 Election - Poll
MOSCOW (Sputnik) – In the central state of Colorado Paul polled at 44 percent while Clinton received 41, and in Iowa, Paul received 43 percent of the vote, leading Clinton by one percent.

"These numbers are a boost for U.S. Sen. Rand Paul of Kentucky as he formally launches his campaign," Peter Brown, assistant director of the Quinnipiac University Poll said as quoted on the university's website.

Rand Paul is a Republican Senator representing the US state of Kentucky. He was elected on January 5, 2011 for his first term in office in the US Congress.

In February, the university conducted a similar poll, in which Clinton polled ahead of Paul by two and eight percent in Colorado and Iowa, respectively.

Hillary Clinton was the center of controversy after the New York Times published an article in March citing State Department sources who claimed that she exclusively used a personal e-mail account between 2009 and 2013, while serving as US State Secretary.

Responding to the revelations, Clinton claimed she had used a private account as a matter of convenience, but said she regretted the decision.