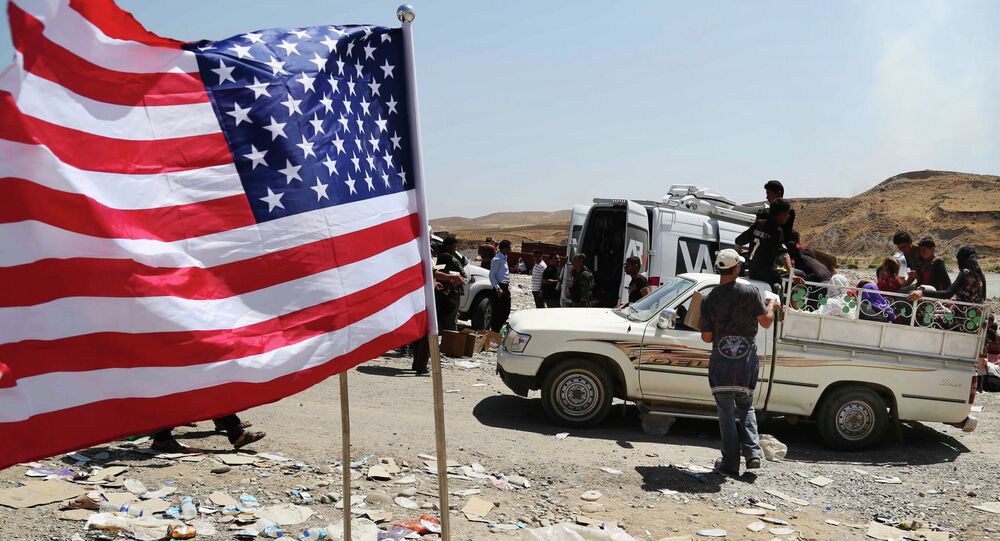 The United States is again the number one provider of foreign assistance among Organization for Economic Co-operation and Development (OECD) members at nearly $33 billion in 2014, the US State Department said in a press release.

WASHINGTON, April 9 (Sputnik) — The US Agency for International Development, Department of State, Department of Health and Human Services, and Department of the Treasury were responsible for 94 percent of US development assistance in 2014.

"The United States provided $27.02 billion in bilateral aid and $5.53 billion in core contributions to multilateral organizations supporting development, which is historically the highest level of any donor country," the State Department said on Wednesday citing soon-to-be-published OECD estimates of foreign assistance.

However, 85 percent of US aid goes through US-based government contractors and non-governmental organizations rather than to foreign governments or directly to the people in need, creating huge overhead and less effective foreign aid assistance, according to Oxfam, the international confederation of 17 organizations working to combat poverty.

The UN Millennium Project estimates that wealthy countries should aim to provide 0.7 percent of their Gross National Income to meet the eight UN Millennium Challenge goals, which include halving the number of people living in extreme poverty and combating AIDS.

The United States has not established a target goal of 0.7 percent of Gross National Income, but it devotes roughly 0.2 percent to foreign aid, according to the UN.