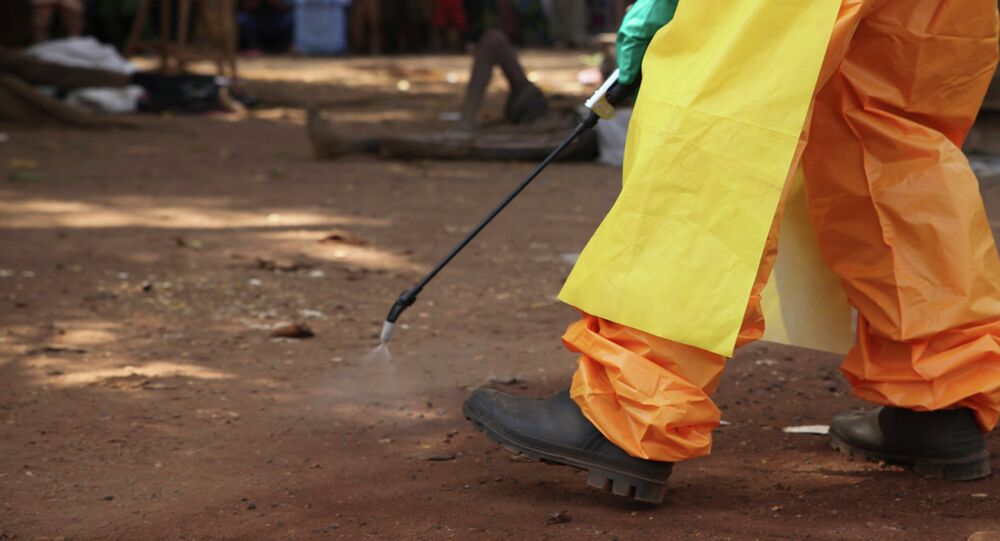 US President Barack Obama was briefed by his health and security advisors about the status of the Ebola epidemic in West Africa, and urged them that the United States is still committed to eradicate the deadly disease, the White House announced in a statement.

Luc Gnago
Over 25,500 Cases of Deadly Ebola Virus Registered in West Africa
WASHINGTON (Sputnik) — The advisors updated Obama on the Ebola situation in the region, and briefed him on some of the measures that are currently underway to end the epidemic in Sierra Leone and Guinea, according to the White House.

“The President [Obama] met with his international health and national security teams to discuss what more can be done to get to zero Ebola cases in West Africa,” the statement issued on Wednesday read.

During the meeting with his advisors, Obama stressed Washington’s commitment to continuing the fight against the Ebola endemic “until all cases in the affected countries are contained.”

The total number of deaths from the deadly disease in Guinea, Sierra Leone and Liberia has reached 10,573, according the latest World Health Organization (WHO) estimates.

While Liberia accounts for approximately one third of the fatal cases, Sierra Leone has the largest number of people infected with Ebola – 12,139 cases.

On Sunday, the first case of Ebola in almost four months was registered in Kailahun, Sierra Leone’s eastern district.

Despite the fact that there exists no officially approved cure for the disease, several countries, including Russia, the United States, the United Kingdom, Canada and Japan are currently working on developing a vaccine.