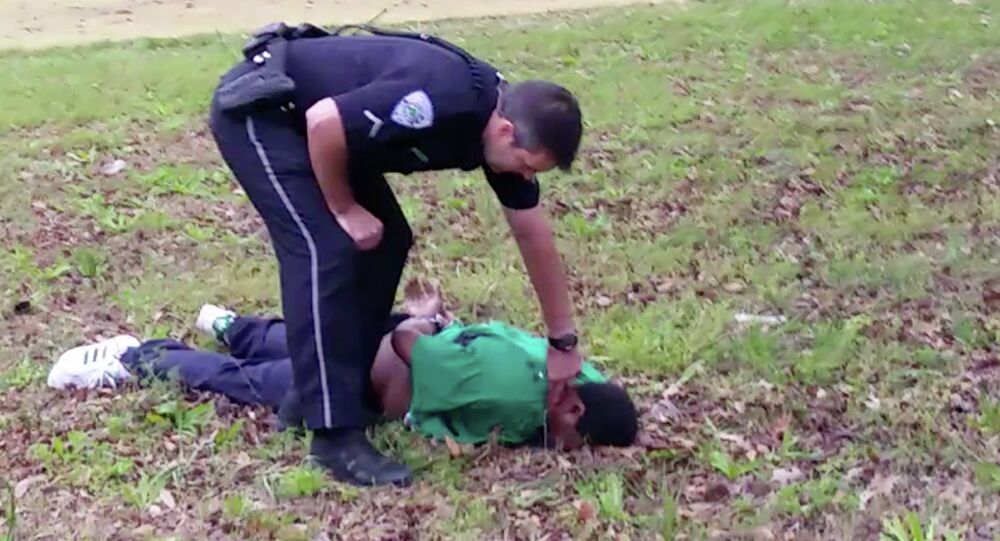 After coming under heavy fire for permitting a fundraiser for former Ferguson officer Darren Wilson, it seems crowdfunding site GoFundMe has learned from its mistakes. The platform immediately removed a campaign aimed at raising funds for former South Carolina cop Michael Slager facing murder charges for the death of Walter Scott.

33-year-old Slager was charged with the murder of 50-year-old Scott on Tuesday after video taken by a witness surfaced showing the patrolman shooting the unarmed man in the back as he fled. Slager was terminated following his arrest, and the case is now under FBI investigation.

Minutes before midnight on Tuesday evening a twitter account calling themselves “MichaelSlagerDefense” appeared and began tweeting out a link to a GoFundMe campaign at popular users such as Fox News, Ted Cruz, and Rush Limbaugh, declaring that the former officer “deserves to be honored for his service.”

Exactly one hour later, the account switched over and began tweeting out an IndieGoGo link in its place. At around 2:00 AM EST the user announced that GoFundMe had rejected and removed the campaign.

GoFundMe’s public relations manager, Kelsea Little, confirmed to Talking Points Memo that the fundraiser had been removed for violating the platforms terms and conditions.  Little did not elaborate on the reasoning behind the decision, but TPM pointed out that the terms of service for the website do prohibit "campaigns in defense of formal charges of heinous crimes, including violent, hateful, or sexual acts.”

TPM asked Little why the campaigns which raised nearly a half a million dollars for Darren Wilson were not shut down, and she stated that those fundraisers were not in violation of the site’s policies.

In September, GoFundMe also decided to pull the plug on a campaign to raise funds for Daniel Holtzclaw, an officer facing 16 charges stemming from sexual assaults on eight women, all of which took place as the former officer was on duty.  The officer would reportedly threaten the women with arrest if they refused to comply.

The campaign for Holtzclaw raised more than $7,000 before it was shut down by GoFundMe.  Organizers posted to social media that all funds were secured prior to the campaign being removed.

The fundraiser for Slager was still active on IndieGoGo on Wednesday evening, and had only raised $91 in the first 18 hours.