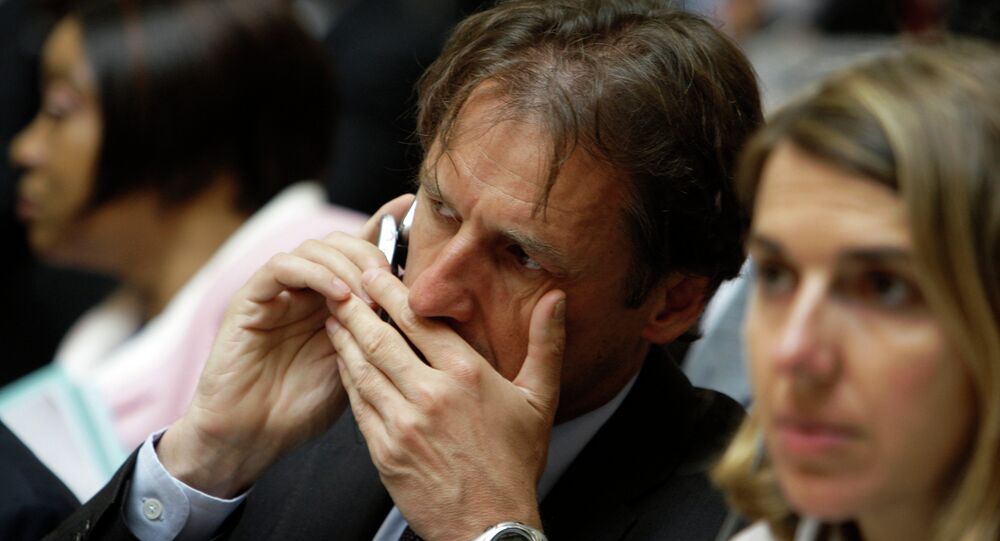 The collection of bulk telephone data belonging to millions of US citizens in the 1990s by the country's Justice Department and the Drug Enforcement Agency (DEA) is disrespectful to the Constitution, former CIA analyst Raymond McGovern told Sputnik on Wednesday.

MOSCOW (Sputnik), Alexander Mosesov — On Tuesday, USA Today published an investigative report stating that the US Justice Department and DEA started collecting the data in 1992 without court approval.

"The key point here is disrespect for the Constitution… it is a violation of the fourth amendment [to the US Constitution] before the 9/11," McGovern said.

The former CIA analyst added that "once you decide that you can ignore the key amendments such as the fourth amendment, you play havoc with the system that our forefathers gave us [the United States].”

The DEA collected the call logs — the telephone number and the date and time when the call was made — of US citizens’ phone calls in order to create links between drug traffickers and money launders in more than 100 countries. With approval from the highest levels of the US government and the Pentagon, the DEA obtained the call logs by subpoenaing US telephone companies and demanding phone records without a warrant.

McGovern noted that the surveillance era before the September 11, 2001 terrorist attacks was "a little bit laughable," but its threat was "much less only because the technology was less [developed]."

The DEA program became a blueprint for the much more expansive NSA bulk collection program of telephonic and electronic data after the September 11, 2001 terrorist attacks on the United States.

On Wednesday, Human Rights Watch (HRW) filed a lawsuit against DEA for the unconstitutional data collection.