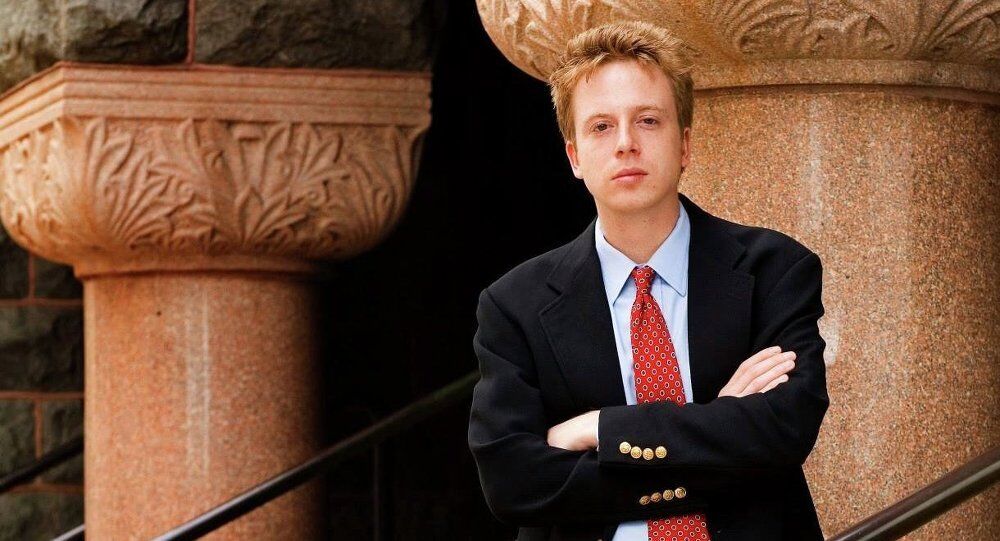 Incarcerated journalist Barrett Brown, who is serving five years in prison for links to hacker group Anonymous, had his email suspended after contacting another reporter about an alleged wrongdoing by the Bureau of Prisons.

Barrett Brown, whose email activity has been suspended until April 2016, said he found out about the restriction an hour after reaching a journalist and had been given no explanation for the move.  He had also been in touch with The Intercept’s Glenn Greenwald regarding a possible writing stint with the publication.
© Sputnik .
WikiLeaks’ Assange Expresses Support for US Journalist Accused of Hacking
According to Bureau of Prisons policy, inmates are allowed access to the TRULINCS e-mail system with certain limitations.
Inmates may send electronic messages to securely, efficiently and economically maintain contact with persons in the community. … [but] the CEO prohibits or discontinues its operation, or individual inmates' participation, whenever it is determined to jeopardize the safety, security, or orderly operation of the correctional facility, or the protection of the public and staff,” the policy reads.
According to a Barrett support group, however, the Bureau of Prisons violated its own policy by terminating Barrett’s email access.
“This is contrary to the BOP’s own policy on several points, as noted in their 2009 documentation – the administration is only allowed to remove access to TRULINCS for thirty days pending an investigation of any potential misuse, and the inmate is supposed to be informed in writing of the reason for that,” the group said in a statement.
Brown was initially charged with fraud after sharing stolen credit card information about members of the intelligence contractor Stratfor. He was also ordered to pay nearly $900,000 in fines and restitution. These charges were dropped after he accepted a plea deal in April 2014.
© AFP 2020 / Joshua LOTT
US Hacktivist Pursued by FBI for Exposing Illegal Operations
Brown pleaded guilty to threatening an FBI agent in an online video and providing a link to data which had been stolen from the private intelligence group Stratfor, which was hacked by Anonymous in 2011.
Brown, a freelance writer for The Guardian, Vanity Fair and Huffington Post, faced over 100 years in prison, prior to accepting a plea bargain.
The link that Brown shared contained confidential emails and credit card information that had already been hacked by someone else. Brown said he was unaware of the credit card information it contained but pleaded guilty to being an accessory after the fact for sharing the link with a hacker, and for hiding computers from the FBI agents who searched his home.
Brown has already served 31 months of the sentence, and is being sentenced to another 35 according to the Guardian, as well as $890,250 in restitution payments and $225 in fines.
...
Reddit
Google+
Blogger
Pinterest
StumbleUpon
Telegram
WhatsApp
83
Tags:
Barrett Brown
Community standardsDiscussion