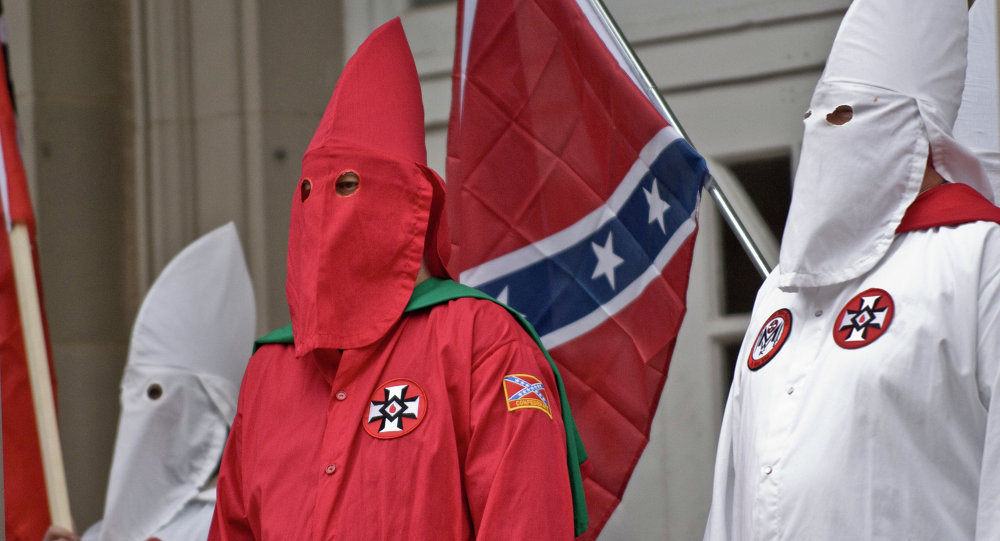 Three current and former prison guards, who were also active members of the infamous white supremacist organization, were arrested in Florida on Thursday for allegedly using Ku Klux Klan meetings to plan the murder of a black inmate after his release.

Racism in Print? Newspaper Uses Different Photos for Black & White Suspects
According to court documents, after an investigation prompted by an FBI informant planted within the organization, corrections officers Thomas Jordan Driver, 25, David Elliot Moran, 47, and former prison guard Charles Thomas Newcomb, 42, were arrested after allegedly using Klan meetings to conspire to murder an African-American inmate as means of retaliation for an altercation he had with Driver.

The informant was introduced by Moran and Newcomb to Driver in late 2014, according to court documents, at a meeting which appears to have been convened to arrange the killing of the inmate. Conversations recorded in affidavits signed by FBI investigators between the informant and the three guards revealed that Driver had a grudge against the inmate, who he claims bit him during the fight with the intention of giving him some kind of fatal disease.

ABC Action News
Pictures left to right: Thomas Jordan Driver, David Elliot Moran, and Charles Thomas Newcomb who conspired to murder a black inmate whom Driver had a vendetta against.

According to the account of this first meeting, Driver and Moran both “told the [informant] that they wanted [redacted] to end up ‘six feet under.’”

The conversations about the plot ranged from which weapon would be used to where and when it would happen, all the while throwing racist slurs and giving Klan salutations.

Though no murder ever took place, the FBI staged a murder scene after informing the targeted inmate of the plot, who immediately knew who was planning his demise. The FBI made the inmate look as though he had been shot to death, and took a picture of it with the informant’s phone. The photo was shown to the klansmen, who gave their approval for the job. They were subsequently arrested.

Florida Attorney General Pam Bondi explained during a press conference that all three have been charged with conspiracy to commit first degree murder.

Newcomb, who was the KKK chapter’s “Exalted Cyclops” (a title given to the president or presiding official), was fired in 2013 for “failure to meet correctional officer’s minimum training requirements,” according to Florida Department of Corrections spokesman McKinley Lewis.

Driver and Moran were both fired on Thursday after their arrest.