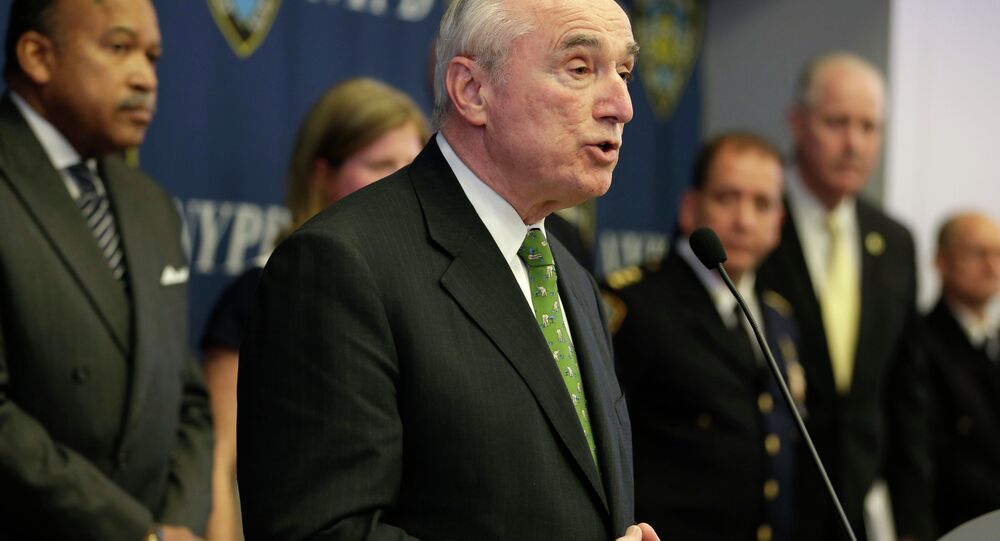 The New York Police Department officer captured in a viral video screaming xenophobic slurs at an Uber driver in the West Village of New York City earlier this week has been placed on modified duty and transferred.

© Flickr / Enrique Dans
New York City Cop in Plainclothes Filmed Yelling at Uber Driver
Officials from the NYPD’s detective union said the officer featured in the video is a member of the Joint Terrorism Task Force, which in conjunction with the FBI, is charged with handling  cases of counterrorism in the city.

"I want to extend an apology to the driver of that vehicle and the two passengers in that vehicle for the behavior of that officer."

The union argued that the officer’s poor mood motivated the rant, as he was visiting a fellow officer in the hospital, and that he isn’t a bigot.

"He really should not be judged by one isolated incident," said president of the union Michael Palladino.

"No good cop can watch that without a wince," he said. "All good cops know that the officer just made their jobs a little bit harder."

The incident was recorded by Sanjay Seth and posted was posted on Youtube gaining more than 700,000 views at the time of this article’s publication. According the video’s comments, Seth’s Uber driver, known as Humayun, honked at the officer who was later seen in the video screaming at the driver, while Seth recorded the incident.

The officer was holding up traffic while attempting to park without using blinkers or hazard lights.

Seth posted the video on various forms social media platforms. On his Facebook page, he wrote, “Our Uber driver, Humayun, was abused by a police officer today in New York. The rage, door slamming, throwing items into the car, threatening arrest without cause was bad enough — but the officer's remarks at the end really took it to another level."

Seth reported the incident to the city’s Civilian Complaint Review Board, which handles complaints against police such as use of force, abuse of authority, discourtesy, and offensive language.

Seth told NBC 4 in an email: "This very unfortunate incident is between the driver, Uber, the officer, and the relevant authorities."

Uber blasted the behavior in the video referring to it as “unacceptable.”

"We are in touch with our driver-partner who was subjected to this terrible experience and will continue to provide any support he needs," said Matthew Wing, a spokesman for the ride share company.