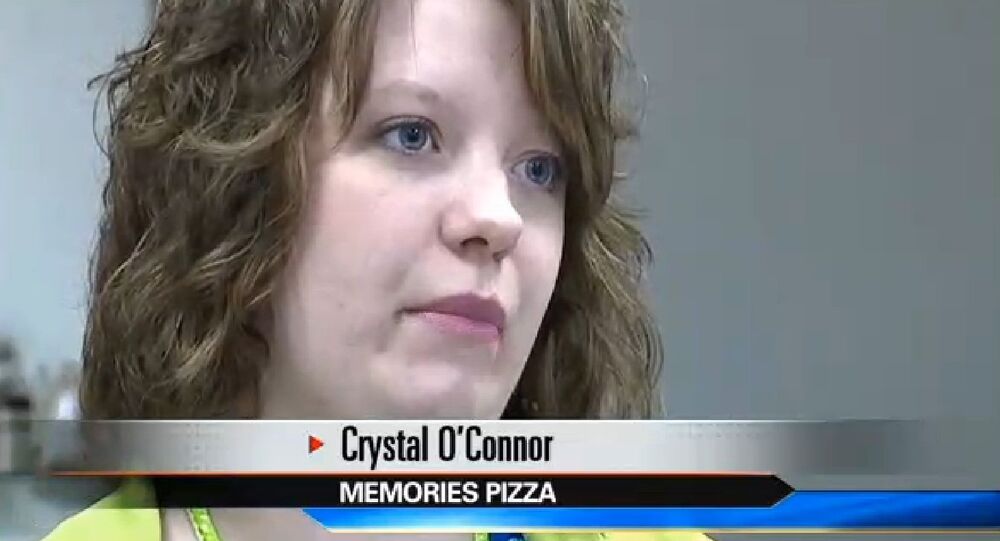 An Indiana pizzeria has been the victim of a tongue-in-cheek online prank after they were the first business in the state to publicly vow that it will refuse service to gay customers under the proposed "religious freedom" law that has caused nationwide critique and boycotts.

Memories Pizza in Walkerton declared on Tuesday they would refuse to cater to a same-sex wedding when interviewed by a local news station examining reaction to the proposed legislation.

"If a gay couple was to come in and, say, they wanted us to provide them pizzas for a wedding, we would have to say 'No'", Crystal O'Connor told WBND news.

On Wednesday, just in time for April Fool's Day, a rainbow-colored spoof web site was set up at memoriespizza.com featuring videos of "Hot guys kissing" below a declaration that Memories is the "Home of the Dick Pizza!" The site urges customers to "Call us to cater your gay wedding!"

Screen shot
The memoriespizza.com website has either been hacked or fabricated to advertize a giant penis-shaped pizza - "The Memories Pizza DICK-ZA is loaded with over 48" of hearty meat!"

The Yelp page associated with Memories has also been inundated by people clearly critical of the business' stance. The photos section, for instance, is full of everything from a Willy Wonka meme saying "Tell me Again About the Gay Agenda" to more serious messages such as "Love More Hate Less," or the question "If being gay is a choice, then when did you choose to become straight?"

Screenshot
The Memories Pizza Yelp page has been inundated with comments - some satirical, some serious. "I have an allergy to intolerance, and unfortunately, this pizza place does NOT cater to those with intolerance allergies" wrote one commenter.

Proponents of the Religious Freedom Restoration Act, which was passed by both chambers of the State Legislature, argue that the law would prevent the government from forcing citizens to act in ways that don’t complement their religious beliefs.

Opponents say it uses religious freedom as a guise for discrimination and Indiana governor Mike Pence has received widespread backlash from the all across the nation. Former Star Trek actor and well-known LGBT rights activist George Takei was the first major voice to call for a boycott of the state, and many others have taken up the call, including the entire state of Connecticut, major businesses like Angie's List and Salesforce, as well as entertainers like the band Wilco and the comedian Nick Offerman.