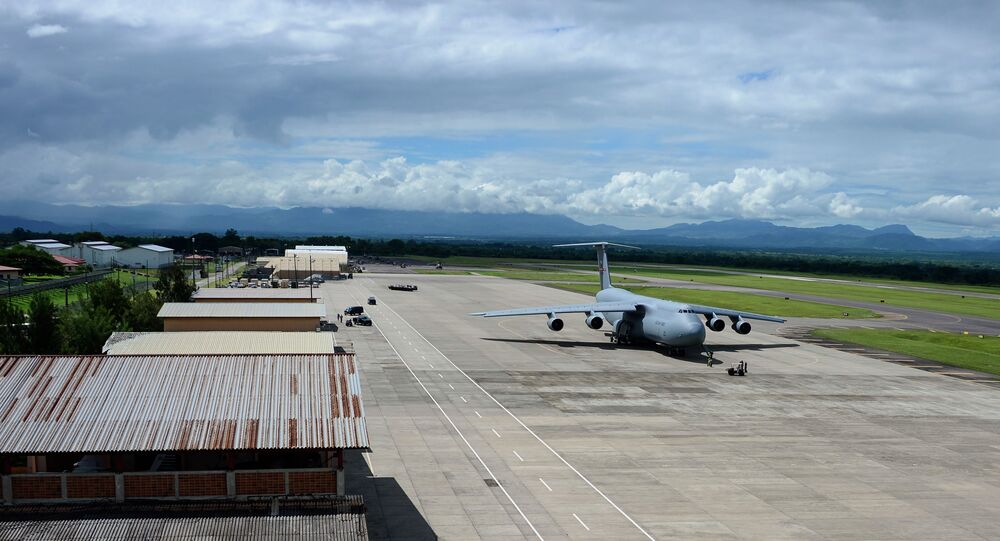 Latin American Countries Want to Remove All US Military Bases

Leaders from the United States, Canada and Latin America are gathering April 10-11 at the 7th Summit of the Americas to be held in Panama City, Panama, to talk about a variety of issues affecting the Western Hemisphere, including Cuba’s relationship with the United States as both countries thaw out of a decades-long diplomatic freeze.

Another controversial subject some of the member countries want to take up is asking the US government to close all military bases in Latin America.

"That is something that belongs in the Cold War,” said Colombian former president Ernesto Samper. "This is growing global economy and we have to leave aside all remnants of the past, especially unilateral politics. The bases are no longer relevant and should go."

This isn’t the first time that Latin American leaders have asked the US government to close its military bases in the region, and like previous pronouncements on the subject, it is expected to go nowhere.

The US has several bases scattered throughout Latin America, including in Cuba (Guantánamo Bay), Brazil, Puerto Rico, and Honduras.

Samper and other Latin American leaders also criticized the US for its recent remarks on Venezuela, when the Obama administration declared Venezuela  “a security threat.”

"No country has the right to judge another and impose sanctions or punishments unilaterally and on their own," Samper said.

Political observers call the upcoming gathering "historic" because of Cuba’s presence and what that may mean for talks between the United States and Cuba. This is the first time since 1962 that Cuba attends a Summit of the Americas. There is even speculation whether President Obama would shake hands with Cuban leader Raúl Castro (Fidel Castro is not expected to attend) as part of the US continuing efforts to normalize relations between the two countries after more than 50 years.

Thirty-one leaders are expected to attend the summit, including the presidents of the United States, Mexico, Argentina, Cuba and Venezuela.