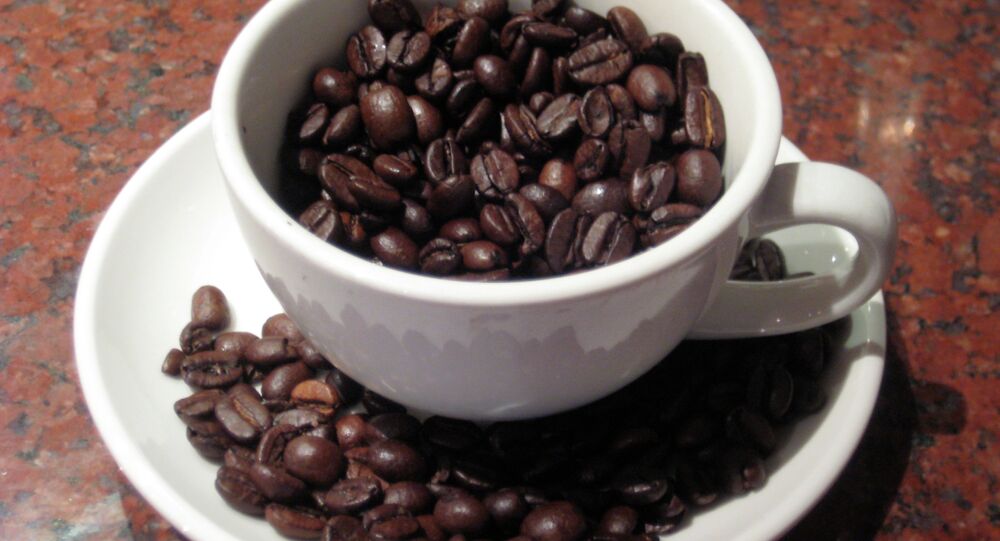 Good news for all you jittery, Java bean junkies. According to a recent study published by the Journal of the National Cancer Institute, coffee can reduce the risk of skin cancer. But these kind of dietary suggestions seem to fluctuate as often as the tides. What’s healthy today may be considered toxic tomorrow.

An apple a day keeps the doctor away, the old saying goes. But apparently both that number and object are wrong. Coffee may be the magical fruit, after all, and instead of drinking just one cup in the morning to drag yourself to work, you should really have at least four. A 10:00 am second wind. Then a noontime pick-me-up. Followed by a pre-dinner nightcap.

"Drinking four or more cups of coffee was associated with a 20% risk reduction compared with those who drank none," the New York Times wrote of the study. "The more coffee consumed, the lower the risk."

If that sounds a little too good to be true – that chain-slurping hot water that’s been run through a pile of crushed beans can save your life – it may very well be.

In the last decade alone, nearly 2,000 scientific studies have been published all showing evidence that coffee can have positive effects on a whole range of issues. Coffee can improve cognition and psychomotor behavior. Coffee can prevent strokes. Coffee can lower the risk of heart failure.

Given all of these miracle properties, it’s no wonder that Starbucks charges $5 for a Caramel Macchiato.

But there are plenty of studies which link a cup of Joe to health defects. A study published two years ago found that drinking too much of the Tall, Dark, and Handsome could put you at a greater risk for early death. And not just due to any specific health issue, but evidently every issue.

"People under 55 who drank more than 28 cups per week were more likely to die of almost any cause than people who drank less," Forbes reported on that study.

Perry Wilson, an assistant professor of medicine with Yale University, sums up the issue writing for MedPage Today. He points out that the foods we eat contain hundreds of different compounds, some good, some bad.

"And that’s one of the central problems of dietary research," he writes. "The exposures are so broad that one can justify almost any preconceived hypothesis based on preliminary data."

So how is the average Joe (no pun intended) meant to interpret all of these contradictory findings? Well, in a nutshell, he’s not. Most of these scientific studies are meant for, frankly, other scientists, to provide small bits of information that may help answer larger questions.

Think of it like a jigsaw puzzle. If a cure for cancer is the full picture, then that cure can only come from individual pieces. Taking small bits of information we’ve learned through thousands of peer-reviewed studies, scientists can begin to come closer to a more complete understanding.

"This puzzle’s boring," one might say after picking up a piece covered in nothing but blue. "The whole thing’s sky."

Those individual pieces aren’t very helpful on their own, and the trouble comes when media outlets begin picking up random studies to publish under sensationalist headlines. Readers are naturally drawn to any claims about the healing properties of their favorite, every day drinks, no matter how much scientists may caution against those kind of inferences.

What’s worse, all of these flip-flops may breed distrust in science as a whole. According to a poll conducted by the Pew Research Center in 2014, the opinions of American adults differ drastically from those of experts. While 98% of scientists with the American Association for the Advancement of Science agreed with accepted evolutionary theory, that number fell to 65% when polling the public. While 87% of scientists agreed that climate change was mostly due to human activity, only 50% of the public felt the same way.

The lesson? Enjoy your coffee, but don’t stop wearing sunscreen to the beach.