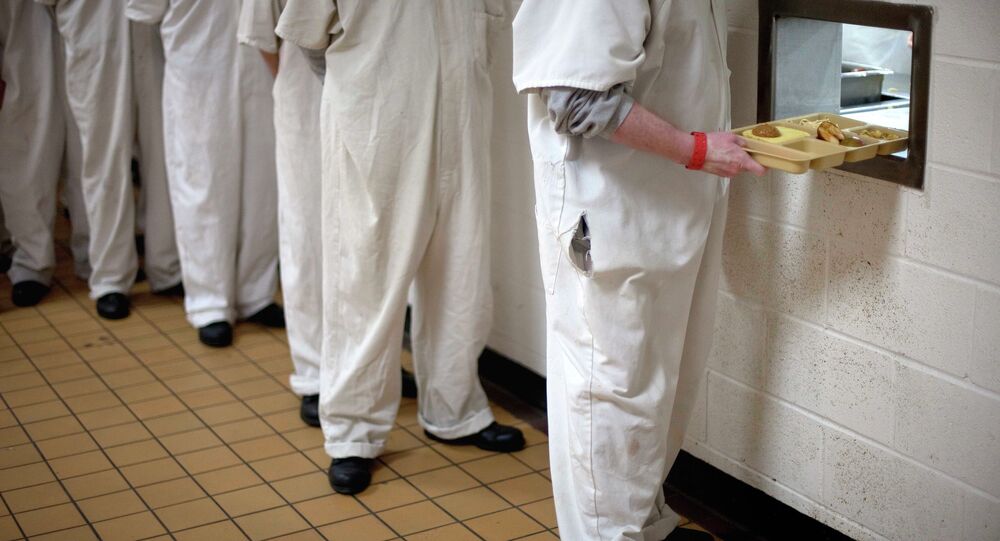 The for-profit company contracted to feed Michigan's prisoners has come under fire once again amid revelations that they served prisoners food after it had been thrown in the trash.

Employees of Aramark retrieved discarded food from the garbage, cleaned it off, and served it to inmates at the Saginaw Correctional Facility, according to emails obtained by Progress Michigan. The correspondence, between Aramark general manager Siegfried Linder and Department of Corrections employees, outlines a "serious issue with food."

“Mr. Chisolm discarded the left-overs from the line before the last half unit was in the chow hall. He then realized that there were more inmates to serve so he rinsed them off, reheated them in the oven and instructed the inmates to serve them. They refused, so he and Miss Gibson proceeded to serve them to the remaining inmates,” read one email about the Oct. 29 2014 incident, which recommended the dismissal of both employees mentioned.

Far from an isolated incident, however, Aramark has been plagued with complaints about serving poor quality, spoiled, or vermin tainted food to the state’s prisoners.

Other emails detailed a July 2014 incident where one Aramark employee stopped another from throwing away cakes that had been nibbled by mice, and insisted they just cut off the parts that had signs of being eaten. Which they did.

Aramark — which says it provides services " to healthcare institutions, universities and school districts, stadiums and arenas, and businesses in 22 countries around the world" — has come under fire for reports that employees have smuggled drugs into facilities, have had sex with inmates, repeated complaints over spoiled or moldy food, and for simply failing to provide enough food.

The discovery of maggots along a food line at Parnall Correctional Facility in Jackson led to the partial quarantine of 150 prisoners after they developed symptoms consistent with food poisoning in July 2014. Aramark maintained there was no evidence the two were connected.

Aramark took over the provision of food in December 2013 on a three year, $145 million contract, which already stirred up ire as it eliminated 370 state jobs.

Despite calls for cancellation of the contract, it persists. Indeed, the released emails revealed that a $98,000 fine against the company in March 2014 was later quietly cancelled, without notifying the public.

In August, Michigan announced a $200,000 fine, with Gov. Rick Snyder citing "errors on both sides of the relationship which are unacceptable and need to be corrected."