The upcoming Jade Helm exercise, conducted by the US military across seven states has been attacked as a preparation for martial law, but could in fact be part of a much more sinister project.

© Flickr / DVIDSHUB
US Special Forces to Swarm Southwest for Massive Military Drills
In the past several days, leaked plans for seven-state a US Special Operations Command (SOCOM) exercise in which states role-play as countries have made rounds across both news sites and conspiracy theorist circuits, with the latter ringing alarm, calling the drills a preparation for martial law. However, considering layout of the states used in the exercise, as well as their climate and terrain, the intent could be a preparation for an invasion of Iran and a Middle East-wide war.

According to the leaked proposal for the operation, service members will practice:

– Operating outside the normal support mechanisms
– Adapting to unfamiliar terrain, social and economic conditions
– Operating in and around communities where anything out the ordinary will be spotted and reported (Locals are the first to notice something out of place)
– The opportunity to work with civilians to gain their trust and an understanding of the issues

The main focus of the exercise appears to be Texas, including inhabited areas of Texas. The operation will include Army Special Forces (Green Berets), Navy SEALS, US Marine Corps Expeditionary Unites, US Army 82nd Airborne Division, as well as USAF and USMC SOCOM and "Interagency partners," which together sounds more like a team that would invade a country, rather than a hostage-rescue operation or a plan to build homes for hurricane-devastated children.

© Sputnik /
A possible layout of the countries that US states that are part of Jade Helm exercises are role-playing as.

Texas, colored red for "hostile," is likely a simulation of an invasion of Iran. Although it does not have the optimal terrain to simulate Iran, the proposal for the exercise appears to have chosen Texas for its Realistic Military Training because local authorities and the population are most receptive

The simulated invasion appears to be planned with a Central Joint Special Operations Task Force (CJSOTF), the headquarters,  as well as the Home Station, where the service members involved in the exercise would likely begin, at the Elgin Air Force Base, across the Gulf of Mexico, in Florida. This could mean that the simulated invasion of Iran is executed from a very remote place, such as in the simulated United States, or across the Persian Gulf. 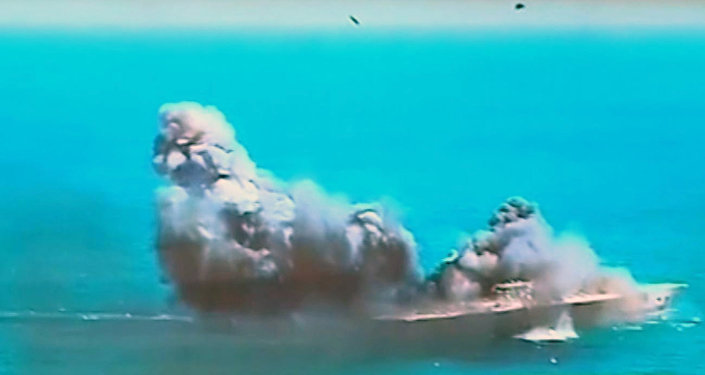 © AP Photo / Iran TV
Iran Sinks USS Nimitz Life-Size Model in Strait of Hormuz Naval Exercise
Meanwhile, the local Special Operations Task Force (SOTF) would be based at the nearer Camp Shelby, in Missisippi, possibly a simulated Saudi Arabia, and the island (flight deck) of the USS John C. Stennis, a Nimitz-class aircraft carrier, likely stationed near the coast of the simulated Iran.

Within the simulated Iran, there would be a Joint Operations Access Exercise (JOAX), a US Army Airborne landing, conducted together with other units, deployed inland, likely to plant a force behind enemy lines. In addition, a Contingency Response Force (CRF) would land on the coast and practice the ground invasion.

New Mexico is a state that has vast swathes of desert, like Iraq. Iraq has close ties with Iran, which could be a reason for why it is colored brown for "uncertain, leaning hostile," which Iraq would likely be if Iran was to be invaded.

However, Iraq does have some US military installations, which could be simulated with the northern and southern Advanced Operational Bases (AOB).

Like Syria, which would be considered hostile in case of an Iran invasion, Utah is colored red. In addition, like parts of Syria, Utah has both mountains and flatlands.

Utah will be home to a Large Scale Exercise (LSE), in USMC terms means fighting the army of a simulated country. The exercise is set in an uninhabited area, suggesting an actual simulated battle against a Syrian Army opposing force. In addition, two unidentified Operational Detachment Groups (ODG) would be dispatched to the capital, which could mean a simulated covert operation in Damascus.

© AP Photo / Douglas C. Pizac, File
In this April 20, 2006, file photo, Hildale, Utah, sits at the base of Red Rock Cliff mountains with its sister city, Colorado City, Ariz., in the foreground

Colorado is a largely mountainous state, like Turkey, and it is colored blue for "permissive," which means that aircraft and troops would be able to move through the state. Turkey as a NATO member would similarly be expected to fulfill such obligations.

Nevada and Arizona — Lebanon and Jordan

Phoenix, Arizona will be the site of the Special Forces' Operational Detachment Headquarters (ODH) and a Marine Corps (MC) site, likely simulating Jordan's capital Amman, which has been the site of Marine Corps deployments in recent years. However, although Phoenix is in a largely desert environment, it is also next to a mountain range, unlike Amman.

In addition, Arizona is colored light blue, making it neutral but leaning friendly, which could be the status of Lebanon when it comes to an operation against Syria, while Nevada is blue, permissive, which could be the status of Jordan. Such an arrangement suggest that the geographic and diplomatic statuses could have been switched to preserve political realism in the situation. 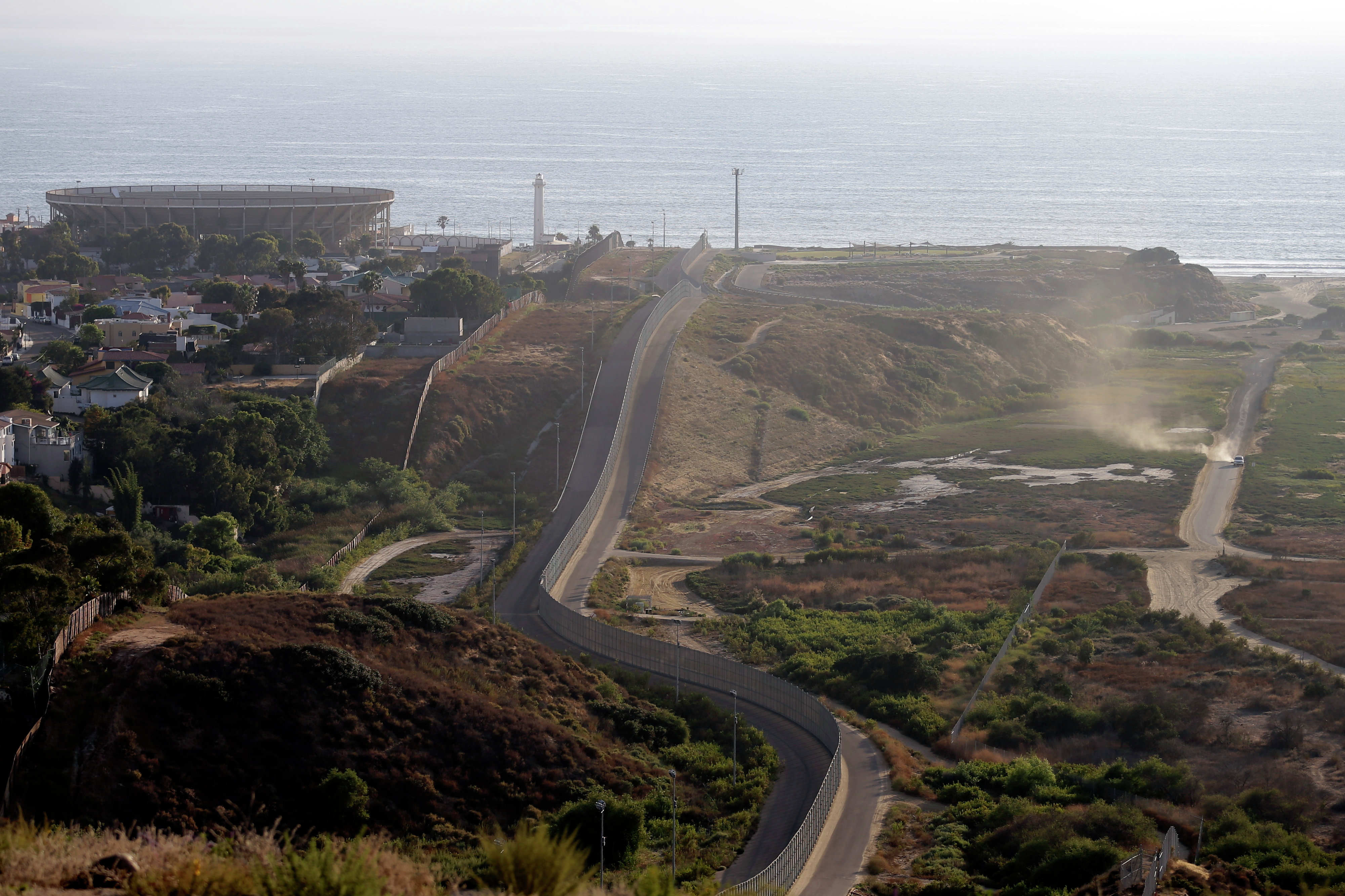 California generally has a soft Mediterranean climate, like Israel, and would be permissive to US military movements, as Israel would be. There are no deployments planned to California, as the simulated invasion of Iran would likely not have much of an impact on the situation there. The "insurgent pocket" likely represents both the inland West Bank and the coastal Gaza Strip, which would be hostile to the operation and would not allow the US military to operate in the area. However, it is also possible that California is a simulation of Lebanon, and the "insurgent pocket" is a Hezbollah-controlled area that would be opposed to a US invasion of Iran.