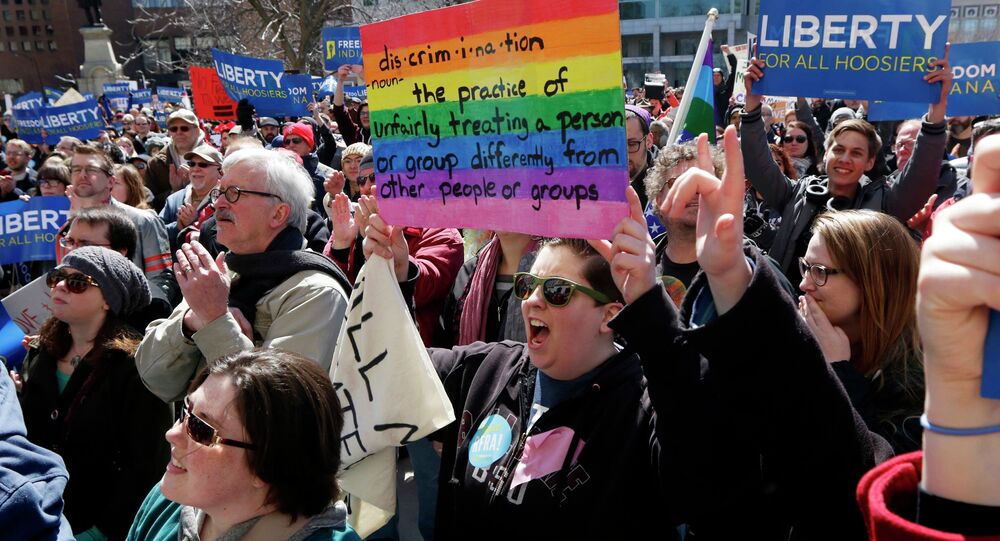 Religious Freedom Act to Be Clarified to Avoid LGBT Discrimination

Indiana Governor Mike Pence said that the Religious Freedom Restoration Act (RFRA) may be clarified amid accusations that the law discriminates the LGBT community.

"I support religious liberty, and I support this law. But we are in discussions with legislative leaders this weekend to see if there's a way to clarify the intent of the law," Pence was quoted as saying by the newspaper Sunday.

© Flickr / Guillaume Paumier
Goa's Minister Says Comments on Curing Homosexuals in India Misinterpreted
Pence said that the public backlash against the law resulted from misunderstanding, insisting that RFRA would not facilitate discriminating approach toward gays and lesbians.

The governor is said to have acknowledged, however, that Indiana's image had been dealt damage by the controversy surrounding the new law.

The RFRA was passed by Congress and signed into law by President Bill Clinton in 1993. In 1997, US Supreme Court ruled that the federal law does not apply to states.

The bill was approved in Indiana on Monday by 63 votes against 31. Five Republicans and 26 Democrats opposed the bill, according to the newspaper.

US Should Fund LGBT Rights Organizations in Central America - US Lawmakers