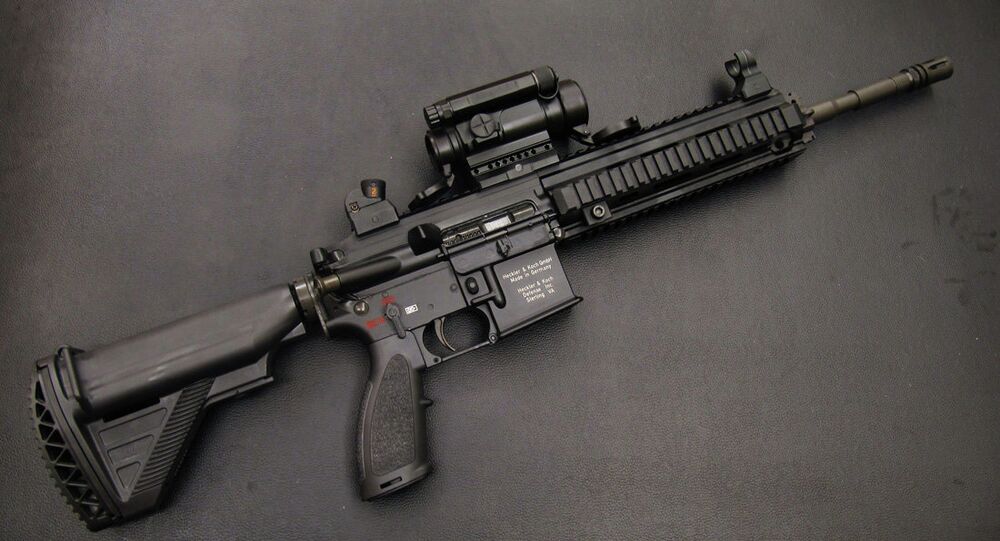 Former Greene County Sheriff’s Maj. Eric Spicer was sentenced Monday to five years’ probation after being convicted in December on two of seven counts relating to unlawful possession of a machine gun.

© AP Photo / John Minchillo
Special NYPD Unit with Machine Guns to Patrol Protests
However, the charges he faced could have resulted in up to 65 years in prison and up to $1.7 million in fines, according to Guns.com.

Prosecutors had pushed for a 41-to-51-month sentence. Meanwhile, the U.S. Probation office recommended two years in lock up.

U.S. District Judge Michael Barrett who delivered the sentencing said Spicer’s claims were “equally plausible” to the prosecution’s, and that he believed Spicer would have returned the machine gun had he been asked to do so.

Spicer, who was fired in March 2014, is involved in a pending wrongful termination case with the State of Ohio Personnel Board of Review. During the trial, he hinted at being wrongfully convicted for his troubles with Greene County Sheriff Gene Fischer.

Spicer said he forged Fischer’s name on documents to purchase the select-fire 5.56 mm Heckler & Koch rifle with $1684.80 of his own money from a New York firearms dealer. Spicer also said Fischer knew about the signature and the firearm.

Spicer was found guilty of possessing a machine gun, and not properly registering a firearm with the National Firearms Registration and Transfer Record.

Spicer’s attorneys said they hope to appeal the convictions.

“I’m not happy about the conviction for Eric, but Judge Barrett has seen what this really is about and his comments up there are telling,” attorney John D. Smith told the Dayton Daily News. “Spicer’s prosecution was an overreach. This is Eric falling through the (administrative or bureaucratic) cracks and me scratching my head why somebody like the ATF and the U.S. Attorney really care about somebody that falls through the cracks.”

Before being terminated, Spicer had been on administrative leave since July 31, 2013, after a Yellow Springs Shootout led to the death of resident Paul E. Schenck Jr.

Spicer’s bullet was not identified as being the one that killed Schenck, and the incident was not brought up at trial.