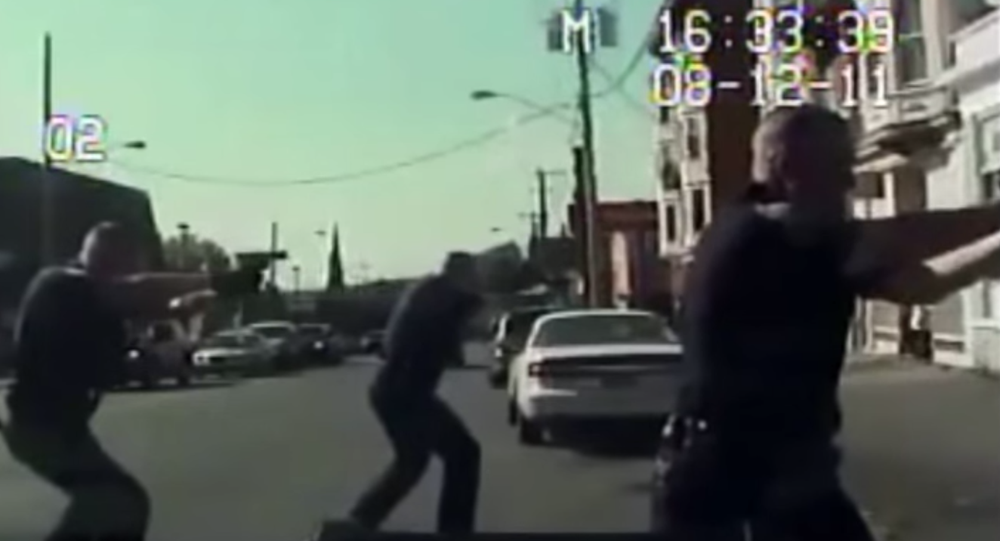 Supervisors with the Los Angeles Police Department are not properly inspecting in-car video recordings to monitor for police misconduct, according to a report released Friday by the Police Commission’s civilian watchdog.

Inspector General Alex Bustamante said the department usually only reviews footage taken during serious incidents such as shootings, suspect pursuits, or when a complaint is made toward an officer. The report acknowledged that monitoring all video would be “too time-consuming and labor intensive.”

Youtube/Tom Davis
Dashcam Catches Moment When House Explodes
LAPD policy dictates that cameras must be turned on at the start of all vehicle stops, suspect transports, pursuits, and all other events that involve lights and sirens. In the case of pedestrian stops, however, cameras are required to be turned on “when practicable.”

Bustamante expressed concern that pedestrian stops sometimes took place out of the camera’s sight. The report noted the primary reason for this inconsistency was that officers sometimes drove past pedestrians before stopping them, causing the camera pointing in front of the car to loose sight of the confrontation.

Bustamante and other LAPD officials are now drafting new policy that “explicitly requires” officers to turn on cameras before initiating any stop. The report also states these measures will “enable the department to obtain more complete video of each stop.”

YouTube/Snapshot
Driver Beaten, Arrested as Cops Heard Saying "Turn Off Dashcam" (VIDEO)
The LAPD is also trying to provide each officer with a body camera—an initiative that would make the LAPD the country’s largest law-enforcement agency to use such technology on a wide scale. However, the department is still trying to install cameras on all patrol cars after two decades.

Bustamante noted that his office’s latest research was conducted “in light of the pending implementation” of the body cameras.

The report also indicated that a “small number of cases” involved officer’s microphones which “did not appear to be recording any audio.” Bustamante recommended the LAPD to investigate these cases to make sure the malfunctions were not deliberately caused by officers. Last summer, reports indicated that officers in South L.A. had manipulated voice recording equipment to avoid surveillance.

The inspector general’s report will be publicly presented to the Police Commission on Tuesday. LAPD Cmdr. Andrew Smith has denied comment on the findings until the presentation is complete.