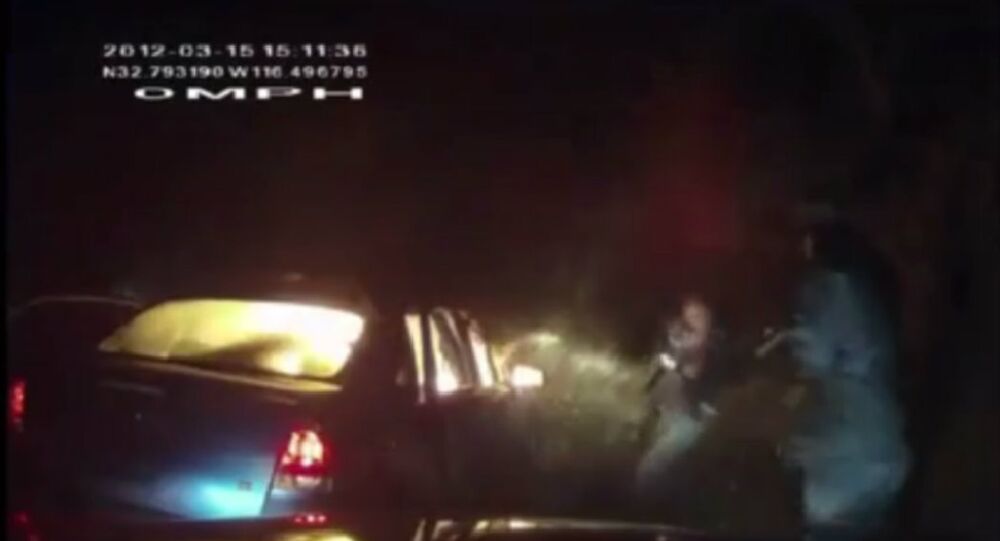 Shocking footage has emerged depicting California Border Patrol officers shooting a taser into a pulled-over car, instantly blowing it up and killing the driver -- with the agents backing away and not offering any help.

The clip, which was filmed in March 2012 in Pine Valley, California, shows agents approaching the car. One breaks through the passenger side window with a flashlight. The agent then shoots the taser gun into the car, which causes the vehicle to explode into flames. Rather than calling an ambulance or back-up officers, the agents appear instead to flee the scene.

The victim has been identified as Alex Martin, and his family is now suing the federal government, alleging that the Border Patrol officer’s weapon caused the fire and their son’s death.

Gene Iredale, the family’s attorney, claims the agents never identified themselves as Border Patrol, meaning Martin may have had no idea they were law enforcement officials.

In an interview with NBC San Diego, Iredale slammed the agents for not smelling gasoline that had evidently leaked from a canister inside the vehicle.

“This was a senseless act in a senseless way for somebody who had violated no law and who lost their life needlessly,” Iredale said.

“All three of those cars had large fire extinguishers in them and standard equipment,” Iredale told NBC San Diego. “Not one of these agents ever even tried to spray any of the fire extinguisher solution on that car.”

Border Patrol union representative Gabriel Pacheco told NBC San Diego in a previous interview that the Martin incident depicts a “high risk” situation for agents, and that the agent who shot the taser suffered “minor burns.”

Pacheco said the agents followed procedure, and if Martin had simply pulled over, he would not have died.

The federal government has filed a motion requesting the dismissal of the Martin’s family’s case, on the grounds that Martin had been involved in a previous chase after fleeing a DUI hit-and-run in Texas.