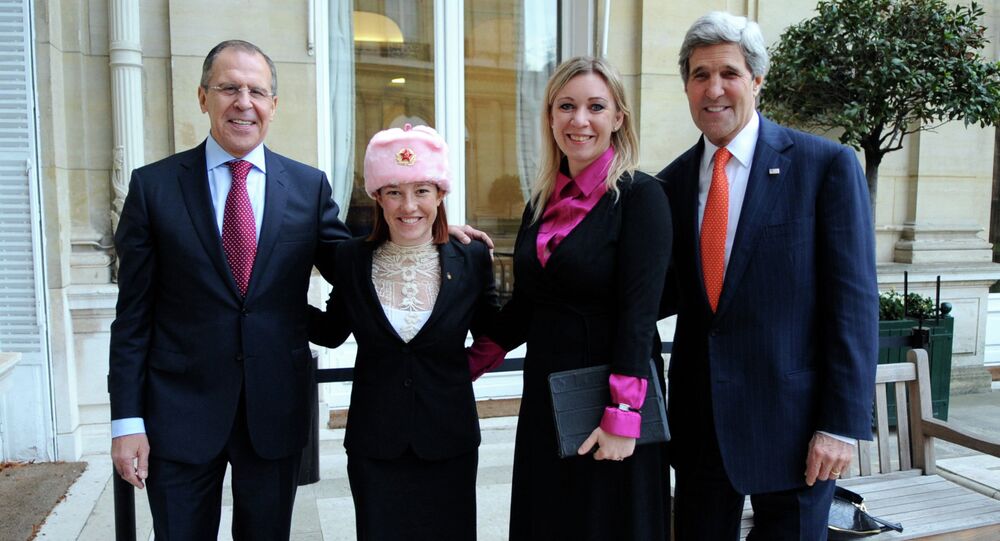 The US Department of State spokesperson Jen Psaki promised to take her pink Russian “Ushanka” hat to the White House where she will start working at a new position next week.

© Sputnik / John Trast
It's Magic, Harry! Psaki Able to Form Opinion of Law Without Studying It
WASHINGTON (Sputnik) — Psaki received the hat as a gift from the Russian delegation during the Syrian talks in January 2014. Russian Foreign minister Sergey Lavrov received then two large potatoes from US Secretary of State John Kerry.

“I have my pink hat at home, it’s coming with me to the White House,” Psaki told journalists at her final press briefing on Wednesday.

Psaki noted that the most memorable moment during her time in the State Department with respect to Russia was working on reaching the deal on the chemical weapons arsenal in Syria.

© Sputnik / Sergey Kuznecov
5 Reasons Why Russian Foreign Minister Sergei Lavrov is Your Bro
“That was something that came together over the course of a week or ten days,” she said.

“It was something we worked closely with the teams on and clearly now a 100 percent of declared chemical weapons are out of Syria so that was certainly a successful outcome of our collaboration together,” Psaki explained.

Psaki added that she is hopeful Russia and the United States will reach a successful outcome on the Iran nuclear program talks.

Psaki, who is expecting a baby, is joining the White House as Communications Director. She was a travelling Press Secretary for US President Barack Obama during his first presidential campaign.