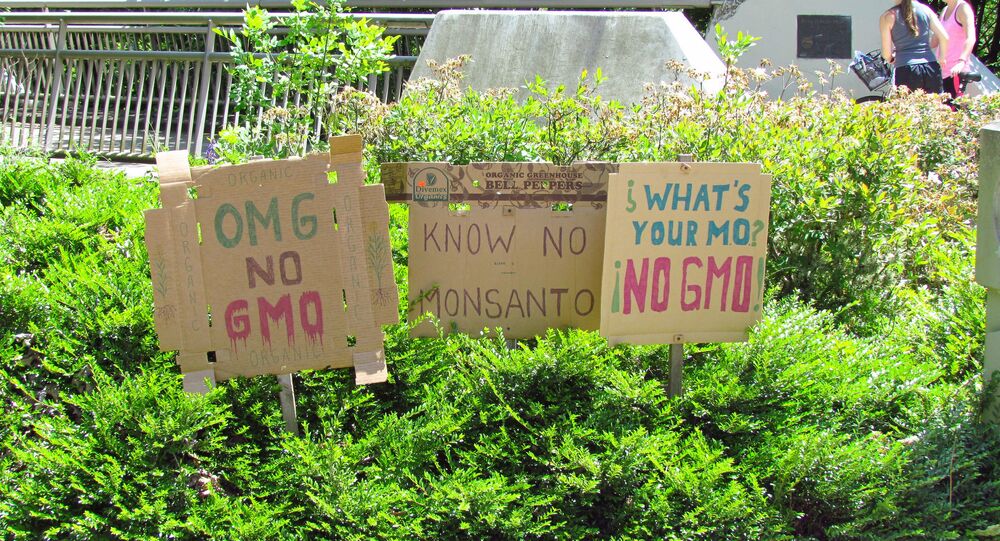 In the wake of a scathing World Health Organization report which found connections between cancer and one of its major products, Monsanto is demanding a retraction.

Agrochemical giant Monsanto produces one of the most widely used herbicides, known as Roundup. But a report issued last Friday by the WHO’s International Agency for Research on Cancer (IARC) found that the product’s chief ingredient, glyphosate, was "probably carcinogenic to humans."

"We question the quality of the assessment," Phillip Miller, Monsanto vice president of global regulatory affairs, said during an interview on Tuesday. "The WHO has something to explain."

And to that effect, Monsanto officials have requested a meeting with both the WHO and IARC, and have demanded a retraction.

According to Miller, his company provided its own research to the IARC which proved the safety of glyphosate, but was largely ignored in the report. He also cited the fact that both US and international regulatory agencies have approved the ingredient.

But the US Environmental Protection Agency is currently conducting a new review of the product, and Monsanto is concerned that the WHO’s finding could have a large influence over the agencies ultimate decision.

"This contradiction has the potential to unnecessarily confuse and alarm parents and consumers, farmers and the public at large," Brett Begemann, president and chief operating officer with Monsanto, told reporters.

Despite Monsanto’s insistence that its products are safe, many experts note that the WHO’s new findings should not be ignored.

"There are a number of independent, published manuscripts that clearly indicate that glyphosate…can promote cancer and tumor growth," Dave Schubert, head of the cellular neurobiology laboratory at the Salk Institute for Biological Studies, told Reuters. "It should be banned."

THE EPA has the power to do just that.

The findings are especially alarming given the way that Roundup is used. The herbicide is used to kill weeds which can hinder the growth of crops, and when paired with its sister product, Roundup Ready seeds, farmers are able to spray entire fields. Monsanto’s seeds are genetically engineered to withstand the herbicide, and as such, any food harvested from such crops could have been soaked in the glyphosate-rich Roundup.

"We use these tools on our land, working alongside our family members, so the safety of these products is critical to us," Chris Novak, chief executive officer of the National Corn Growers Association, said, according to the Des Moines Register.

According to the US Geological Survey, agricultural use of glyphosate in 2012 reached in excess of 283 million pounds.

The demand for a retraction comes from a company which is no stranger to aggressive legal proceedings. Monsanto has a history of suing individual farmers in an effort to protect its seed patents. Through these legal suits against farmers who can barely afford to stay afloat, Monsanto has raked in nearly $23 million.

"We expect farmers will continue to use [our products] and do not anticipate that there will be an impact on our sales," Begemann said, though it’s hard to imagine Monsanto officials remaining confident in their product while at the same time expressing clear concern about a WHO scientific study.