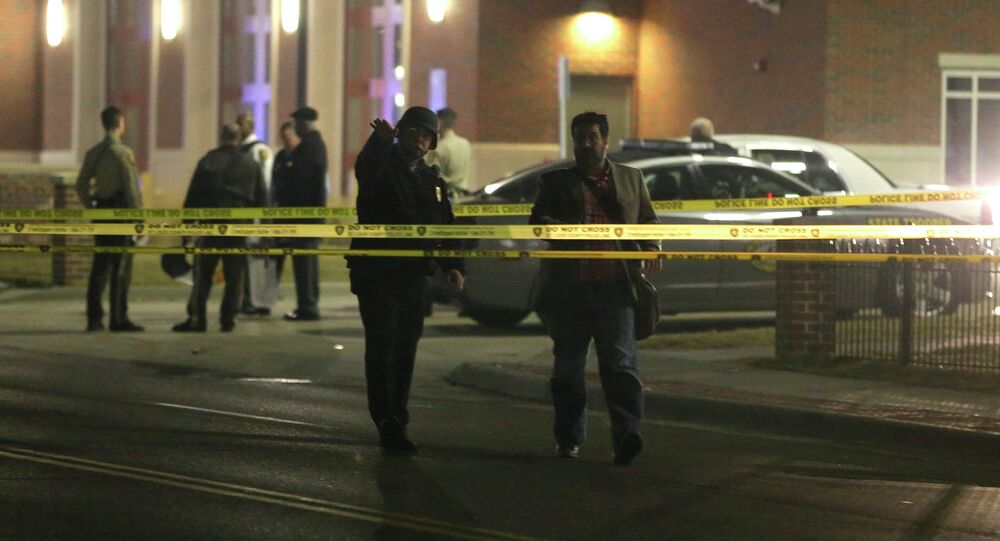 US Officials’ Response to Violence Against Police Inadequate - Specialist

US lawmakers and public officials have not responded adequately to the rise in violence against law enforcement officers, Don Mihalek of the Federal Law Enforcement Officers Association told Sputnik.

© AP Photo / Matt Rourke
Philadelphia Cops Shot 400 Civilians Over 7 Years, Justice Dept Says
WASHINGTON (Sputnik) — The officer applauded the efforts by members of the US House and Senate who introduced legislation to implement a nation-wide Blue Alert, which allows police officers to coordinate threats to officers’ lives and safety across US states' borders.

Mihalek referred to a rash of aggressive tactics against police officers nationwide, including incidents where officers were called to a private residence to be assaulted.

“Since January 1 of this year, over 80 law enforcement officers have been shot, feloniously assaulted, or killed in the line of duty,” Mihalek said.

In light of those statistics, he added, “not many public officials have stepped forward to strongly denounce the violence occurring against law enforcement.”

In Lake Wales, Florida officers responded to a call in March 2015 where “the suspect called the police department intentionally to shoot the officers,” he explained.

Mihalek argued that the political environment has been permissive to individuals who are targeting law enforcement officers.

“The way things are going now, the way the political environment is, the scale of justice has been tilted more in favor of the law-breakers than the law enforces,” Mihalek commented. “That’s what is going on now, and it’s wrong.”

The House and Senate proposed the Blue Alert legislation on Tuesday to implement voluntary guidelines allowing community-level policing organizations to coordinate and communicate risks to officers, according to bill’s sponsor Dave Reichert.

Blue Alerts are already in place in a number of US states, but there is no national coordination.

According to data compiled by the National Law Enforcement Officers Memorial Fund, 126 law enforcement officers were killed in 2014, a 24 percent increase from 2013.