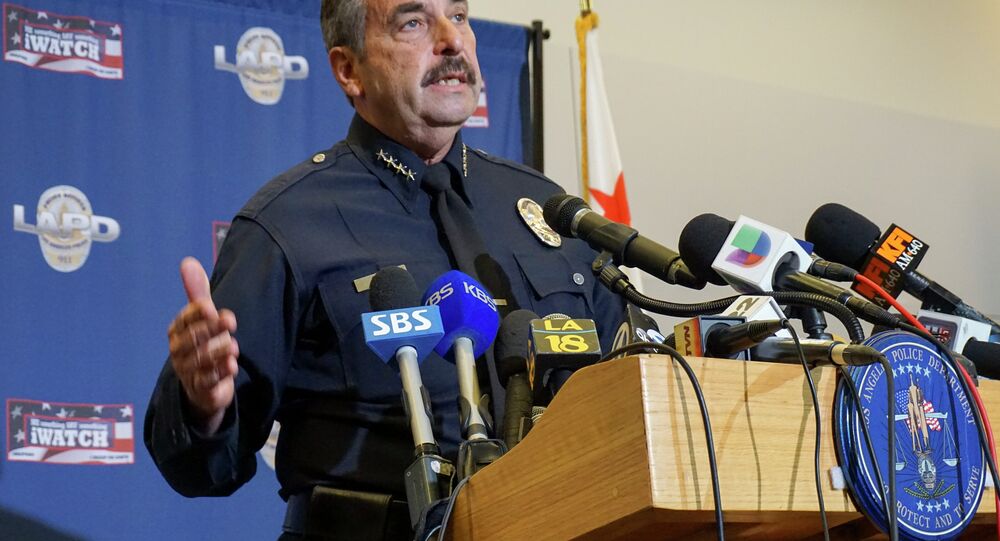 Two Los Angeles police officers who fatally shot an unarmed autistic man in 2010 were awarded nearly $4 million dollars as a result of a workplace discrimination suit that claimed they were treated unfairly because they are Latino.

Gregory W. Smith, the attorney representing the officers, told the Times that the verdict revealed there are other issues to the case aside from the shooting itself: namely that officers need more training as to how handle people with mental illness.

“You don’t fix the problem by blaming two people for what they were trained to do,” Smith said, adding that he has an autistic child.

In March 2010, officers Corrales and Diego were permanently taken out of the field after fatally shooting 27-year-old African-American autistic man Steven Washington. Corrales and Diego were on gang patrol near the Koreatown neighborhood. After the two heard a “boom” sound, they were approached by Washington, who they say appeared to be “taking something from his waistband.”

Washington, who as it turns out was unarmed, was pronounced dead on the scene.

The officers’ suit, which was filed in 2012, alleges that Corrales and Diego faced discrimination and retaliation from the LAPD because they are Latino. Both claim they made numerous requests to return to the field but were denied, the Times reported.

Chief Beck maintained that, because of the numerous tactical errors made during Washington’s shooting, the two officers were unfit to work in the field and were placed on desk duty. He says their placement had nothing to do with their race, but was based instead on incompetency.

Smith told the the Times that the officers should have been better trained to handle the confrontation.

“You put officers on the streets to do a job, but they are not social workers,” he said.

He also noted that a white LAPD officer who fatally shot an unarmed Latino man was allowed to return to the field after only a six-week probation.