US Senators split up over the results of the Affordable Care Act, also known as Obamacare. 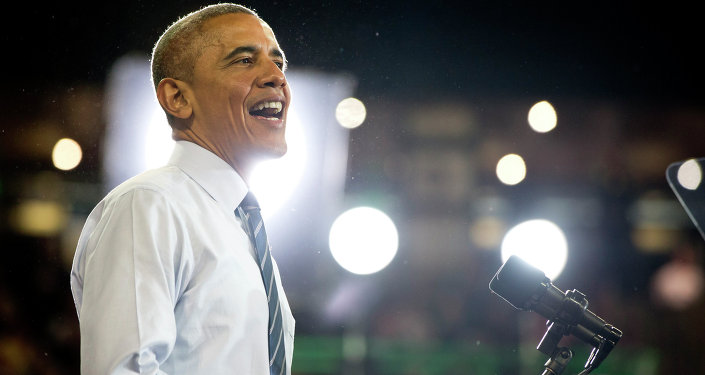 © AP Photo / Jacquelyn Martin
Woman Held in Psych Ward for Claiming Obama Follows Her on Twitter
WASHINGTON (Sputnik) — Members of the US Senate are still divided over the outcomes of the Affordable Care Act (ACA), or Obamacare, on its fifth anniversary on Monday, according to US Senators’ statements.

“It [ACA] has bent the cost curve, provided millions of women with free preventive care, and saved seniors thousands and thousands on their prescription drugs,” US Senator Charles Schumer said in a statement.

Schumer was among six other Democratic Senators, including Ben Cardin and Barbara Boxer, who praised the Obamacare performance and its effect on lives of Americans.

© REUTERS / Ints Kalnins
Erdogan Assumes His Inspiration Prompted US President to Initiate Obamacare
“Five years ago, a majority in Congress took the decisive step to move our country closer to guaranteeing affordable, quality health coverage for all Americans while shifting our health system to a greater focus on preventive care than sick care,” Cardin said.

By contrast, US Senate Republicans significantly disagree about Obamacare performance.

“Despite the President’s promises, Americans who liked their healthcare plans were not able to keep them or their doctors, and hard-working taxpayers continue to be hit by rising costs, decreased quality of care, fewer providers, and less choices,” McCain said.

US Senator Roy Blunt said he considers the existing healthcare legislation “fundamentally flawed” and will continue to fight for its repeal.

The Affordable Care Act was signed into law by US President Barack Obama in 2010. At present, two US government programs implemented through Obamacare, Medicare and Medicaid, provide insurance to 123 million US citizens, according to the White House.

US to Invest $500Mln in Public-Private Manufacturing Initiative