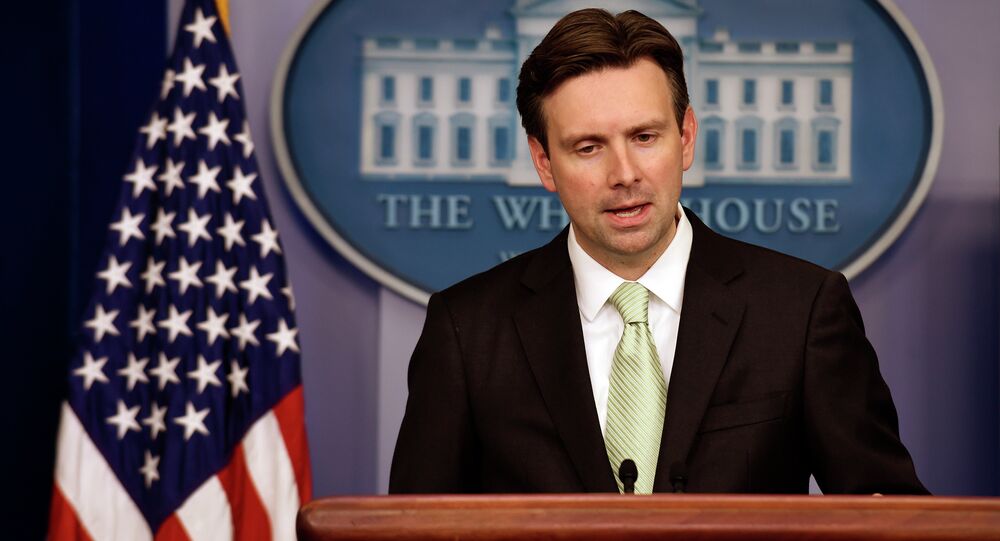 White House spokesperson Josh Earnest said that the letter from 367 US Congressmen to President Barack Obama regarding their concerns over the Iran's nuclear program showed their keen interest in the agreement.

“That's an indication that they [US Congress] have a keen interest in the agreement, we would certainly expect that Congress would, given the significant consequences that an agreement like this would have for our national security,” Earnest stated.

The bipartisan letter comes after 47 US Republicans sent a letter to Tehran on March 9, warning the Iranian leadership of potential nuclear deal collapse upon Obama’s departure from office in 2017 and in case the Congress does not ratify the agreement.

“[W]e would anticipate that Congress would play its rightful role in considering after Iran has demonstrated sustained compliance with the agreement, a measure that would down the line as they described offer permanent sanctions relief from congressionally mandated sanctions,” he added.

The letter states the US Congress must be convinced that Iran does not have a pathway to build a nuclear weapon. US House of Representatives members called the provision to negate such a pathway a key requirement for considering permanent congressionally-mandated sanctions relief for Iran.

Earnest noted that Monday’s letter offers a “variety of differences” from the US Senate’s letter to the Iranian leadership, which sought to undermine the ongoing talks with Tehran.

International talks between the P5+1 group of countries and Iran have been ongoing for more than a year, and are facing an end of March deadline to reach an agreement on a political framework. The P5+1 group consists of five permanent UN Security Council members — China, Russia, the United States, the United Kingdom and France plus Germany.

Oil Prices to Plummet to $35 by June - Energy Consultancy