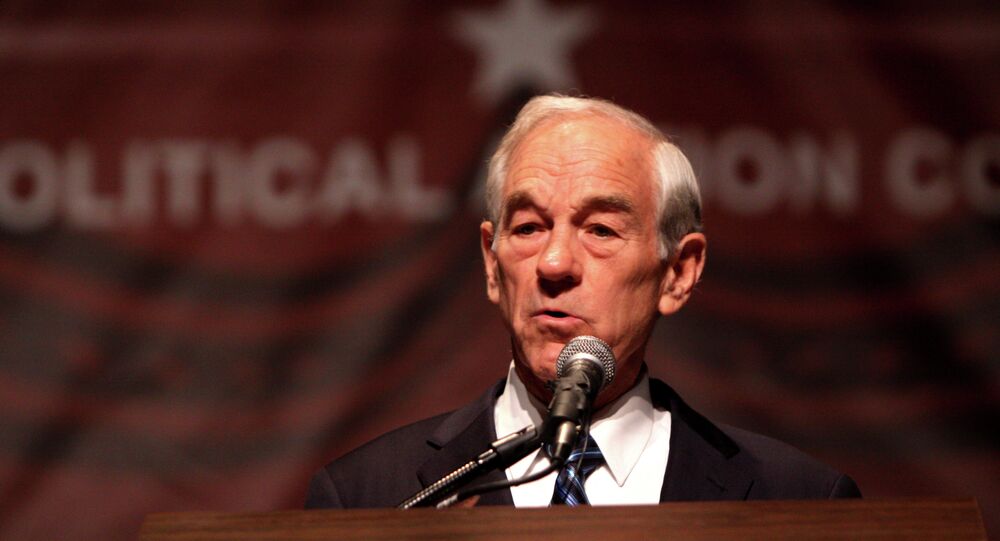 As the US continues to suffer the consequences of military forays into the Middle East – campaigns based largely on faulty intelligence – former presidential candidate Ron Paul has a sobering suggestion: maybe it’s time for America to be content, and let its troops march home.

"Twelve years ago last week, the US launched its invasion of Iraq," Paul begins, writing his latest article for the Ron Paul Institute. And it has, indeed, been twelve excruciating years since coalition forces launched their “shock and awe” attack against Saddam Hussein’s government.

"Before the attack I was accused of exaggerating the potential costs of the war when I warned that it could end up costing as much as $100 billion," Paul writes. Despite that criticism, Paul may have even been lowballing the total cost. Last March, Reuters estimated that the war continues to cost in excess of $1.7 trillion. And that’s not including the War in Afghanistan.

"President Obama last year ordered the US military back into Iraq for the third time," Paul writes. "From the sectarian violence unleashed by the US invasion of Iraq emerged al-Qaeda and then its more radical spin-off, ISIS. So Obama sent the military back."

To illustrate just how bad of an idea the Iraq War was, he cites recently uncovered evidence which proves that the initial war was "sold on lies and fabrications." Recently declassified documents released by the CIA, which were originally used to justify the invasion of Iraq, show just how exaggerated many of the Bush administration’s claims were.

"[W]e are unable to determine whether [biological weapons] agent research has resumed…" the documents read, adding that, "the information we have on Iraqi nuclear personnel does not appear consistent with a coherent effort to reconstitute a nuclear weapons program."

Yet despite that information, as Paul notes, the same document was used to convince the American people that Iraq represented a clear and present danger.

"Likewise, Defense Secretary Donald Rumsfeld’s ‘bulletproof’ evidence that Saddam Hussein had ties with al-Qaeda was contradicted by the National Intelligence Estimate, which concluded that there was no operational tie between Hussein’s government and al-Qaeda," Paul writes.

He also points out that prior to the invasion, the Energy Department had already determined that aluminum tubes being purchased by Iraq were "consistent with applications to rocket motors" and "this is the more likely use." Yet, despite this knowledge, National Security Advisor Condoleezza Rice went on to warn the American people about the dangers of a nuclear armed Iraq.

"'We don’t want the smoking gun to be a mushroom cloud' was based on evidence she must have known at the time was false," Paul writes.

He asks a question many of us have asked: how can it be, that in "a society supposedly governed by the rule of law [that] US leaders can escape any penalty for using blatantly false information" to start a war?

© REUTERS / Jorge Silva
EXCLUSIVE: If There’s a Threat On This Continent, It’s the US - Ecuador FM

A worthy reminder as the United States continues to consider sending lethal aid to Ukraine.

"It is likely they are also doing the same with claims of a Russian 'invasion' of Ukraine," he writes.

Paul concludes with a call to bring our troops home.