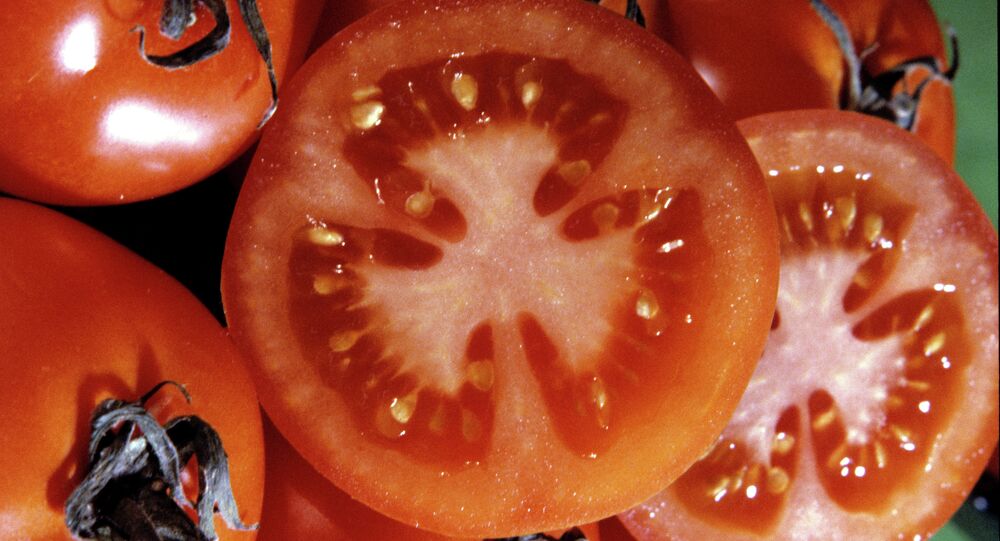 WASHINGTON (Sputnik) — The decision by the US Food and Drug Administration (FDA) to approve genetically engineered apples and potatoes for consumption may negatively impact US farmers given the consumers’ skepticism about such produce, Slow Food USA Executive Director Richard McCarthy told Sputnik on Monday.

© Flickr / Susy Morris
FDA Approves GMO Apples, Potatoes But Companies Won’t Use Them
“This expansion into apples and potatoes will sow seeds of doubt among consumers in the market place,” McCarthy stated. “There may be negative economic impact upon apple farmers. The same problems concern potatoes.”

McCarthy argued that US consumers are consistently expressing doubts about eating modified foods, and, therefore, some people might avoid apples and potatoes altogether, since it’s not clear when one is purchasing genetically engineered product.

“When consensus is not present, maybe it’s time to consider the precautionary principle, to slow down the expansion into new foods,” he said.

At present, there is no mandatory labelling for genetically engineered foods in the United States. Slow Food USA stressed that consumers wanted to know when GMO foods were on the menu or in the products.

© Flickr / frankieleon
GMO Mosquitoes to End Malaria May Have Unintended Consequences, Scientists Warn
“I am suspicious of an industry that fights labeling and the consumer right to know,” McCarthy added.

The FDA also encouraged the companies that produce the modified foods to consult it about potential labeling requirements.

Slow Food USA is a non-governmental advocacy organization that is part of the global Slow Food network of over 100,000 members in more than 150 countries.