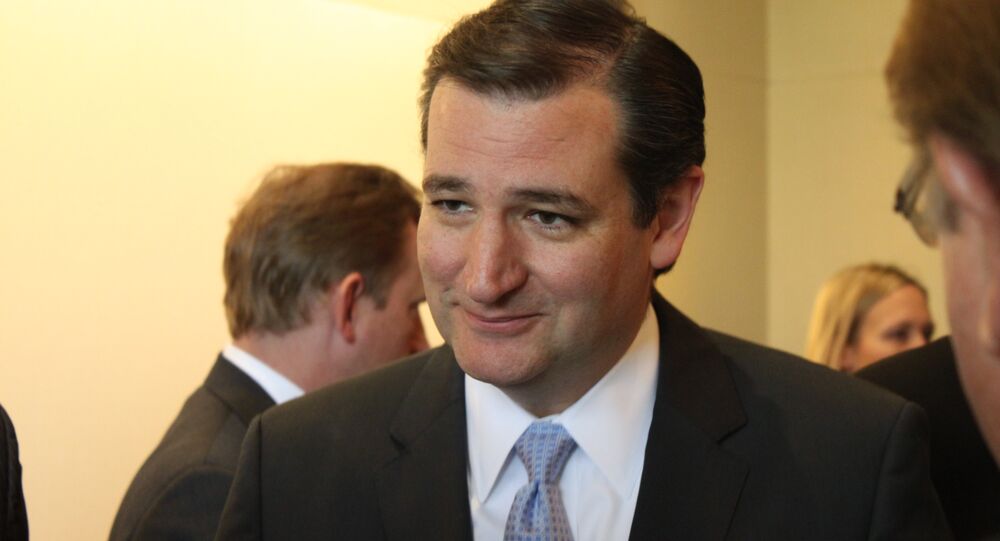 Ted Cruz announced on Twitter his candidacy for the Republican presidential nomination.

MOSCOW (Sputnik) — US Senator for the state of Texas Ted Cruz announced Monday his candidacy for the Republican presidential nomination.

I'm running for President and I hope to earn your support! pic.twitter.com/0UTqaIoytP

"It's going to take a new generation of courageous conservatives to help make America great again, and I'm ready to stand with you, to lead the fight," Cruz said in a 30-second video posted on Twitter.

Later on Monday Cruz is expected to formally announce the beginning of his presidential campaign at Liberty University in Lynchburg, Virginia.

Rafael Edward "Ted" Cruz, 44, was elected as the 34th US Senator from Texas in 2012. Cruz serves on several committees, including on Armed Services and the the Joint Economic Committee.

Cruz is a known critic of President Barack Obama's initiatives, including the Obamacare healthcare reform and the immigration amnesty. He has also called for more decisive actions against the Islamic State (IS) militant group and suggested that Washington should send lethal arms to Ukraine.

Although Canadian-born, Cruz was a US citizen on birth and is considered eligible to run for President. He is married and has two daughters.

Cruz first mentioned he was "very seriously" considering running for president of the United States in 2016 in an interview with Fox News in January.

Republican Senator Ted Cruz Wants to Run for US President in 2016: Reports