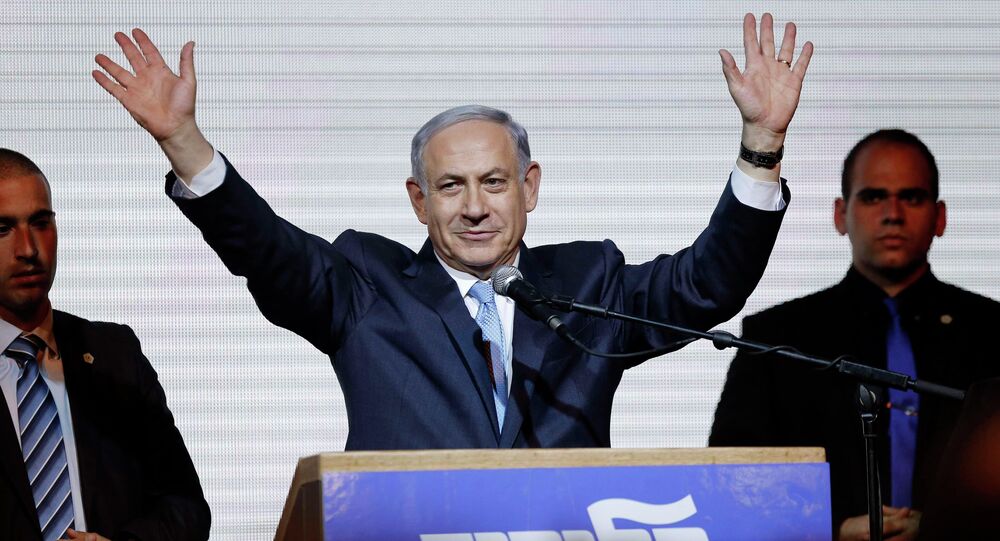 © AP Photo / Ariel Schalit
Netanyahu's Anti-Arab Fear Mongering Won Election Claim Israeli Opposition
Netanyahu’s Likud party won a decisive victory last week after the prime minister spoke against a two-state solution. He has also been accused of fear-mongering as it appeared he was losing at the polls.

“The right-wing government is in danger,” he told reporters. “Arab voters are going en masse to the polls. Left-wing NGOs are bringing them on buses.”

“It looks like Israel is actually moving towards the establishment of the apartheid system with a racial discrimination against Palestinians,” said Mustafa Barghouti, Secretary-General of the Palestinian National Initiative. “The new Israeli government will be the most extreme, most nationalist in the history of Israel.”

© REUTERS / Gali Tibbon/Pool
US Senate Probes Obama Administration's Link With Anti-Netanyahu Campaign
“The United States and this administration is deeply concerned about rhetoric that seeks to marginalize Arab-Israeli citizens,” White House press secretary Josh Earnest told reporters. “It undermines the values and democratic ideals that have been important to our democracy and an important part of what binds the United States and Israel together.”

Netanyahu also made a visit to the United States to address Congress over the White House’s objections. The prime minister was in the US to push back against a possible deal with Iran on a nuclear program. It’s an issue many Republicans in Congress have voiced significant opposition.

After Netanyahu won the election, Obama expressed disappointment with the results. Sen. McCain then reacted to those comments.

“The president should get over it,” McCain told CNN’s “State of the Union.” “Get over it — get over your temper tantrum, Mr. President. It’s time we work together with our Israeli friends and try to stem this tide of ISIS and Iranian movement throughout the region.”